The recent National Bureau of Statistics (NBS) report shows that more women sustain their households with farming than they do with other vocations requiring formal education. Yet, the numbers show that women still lag behind men in the agricultural sector.

It said while men accounted for 58.76 per cent of the total agriculture workforce, 30.11 per cent worked in urban areas and 63.2 per cent in rural communities.

Women’s participation in key economic sectors such as agriculture, which contributes significantly to Nigeria’s economic growth and Gross Domestic Product (GDP), are limited by social and economic barriers, the report noted.

According to agricultural expert, Chijioke Maccollins Ndem, women, specifically women farming in the North, are most likely to experience these barriers because of cultural norms that put them at a disadvantage.

“Women are not really integrated into farming in Nigeria, largely because of the cultural and religious inclinations.

“The religious belief in the North does not allow a woman to really be out there in the farm; in terms of making it as a business, women engage mostly in processing than real actual production or agribusiness.

“And the marketing is done by men. Men decide the price. The women don’t get to know how much the produce they processed was sold for in the market. And they don’t ask questions because of the cultural and religious veil around them.”

An Agropreuner, Hajia Asmau, told Humangle that supervision was a challenge, because “we hire men; some end up cheating.

“Few years ago I did beans, it was a good harvest but my farm boys stole most of it.

“After harvest, transporting is another big challenge, especially if your farm is further in the bush; and the lack of proper organised market and price control for produce doesn’t guarantee income.

“Women don’t also get respect for their ability, especially in the North.”

Asmau described an incident that involved a woman who’s poultry farm was attacked by men who were uncomfortable because a woman was going to take over their business.

Analysis by HumAngle shows nine out of 10 states with the highest poverty rates are from the northern region.

The Northeast is the hardest hit zone, with the Northwest having the second-highest poverty rate, and the North Central region is the third.

The South has lower poverty rates.

A senior central official informed Humangle that the North had recorded a lot of issues, with Boko haram, herdsmen and internally displaced persons.

Ndem said the current cultural and religious ecosystem did not support female smallholder farmers, especially in the North.

“One month ago, we went on a field trip with USAID in Niger State to inspect some of the farms—a rice demonstration plot where people come to see how a new variety of rice is growing so they can adopt and buy the seeds and chemicals in the future.

“So this demonstration is supposed to have 40 to 50 per cent women representation. When we came there to evaluate, we discovered that even the seeds that we gave to the women went through their husbands.

“They gave it back to the man to decide when to use the seed, and how they should use it.

“The Hausa culture does not support inclusive growth for women, the Fulani culture the same thing. It’s not that much in the South. It’s more in the North. It’s a big challenge.”

Ndem said that a way to include more women in the agribusiness sector should involve designing gender-sensitive food programmers where women were the main targets.

Programmes that encourage women to access finance for business, while women in leadership supervise the community efforts is a step towards gender equity (should be promoted), he said.

Inclusive socio-economic policies at the local, state and federal levels are important to break down barriers and encourage gender-sensitive policies required to improve productivity and participation of female small holder farmers, he further advised. 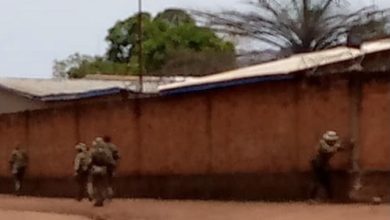 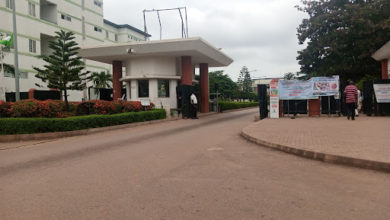 How Corruption Affects Healthcare At The National Hospital Abuja 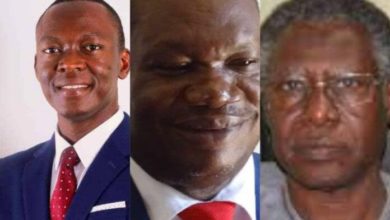