At least three pictures recently shared by the Nigerian Army in relation to attacks conducted in April in Borno State, Northeast Nigeria, had been on the internet for at least a month, checks by HumAngle have revealed.

The Army wrote on Friday that it had killed a senior commander of the Islamic State West African Province (ISWAP), Bukar Gana Fitchmeram, and scores of his fighters on Thursday, April 15. The insurgents were on a revenge mission in the town of Damasak, Borno State.

“The terrorist and his fighters met their waterloo as they made a come-back following the neutralization of 12 high-value ISWAP commanders in Mobbar Local Government Area of Borno State in a week-long air and ground operations by the Nigerian military,” Director Army Public Relations, Brigadier General Mohammed Yerima, added in the statement.

The spokesman said ISWAP fighters had conducted two failed attacks in Gajiram and Damasak following aerial bombardments. One of the airstrikes was conducted on April 6 in areas within  Borno State’s Abadam Local Government Area.

Brigadier General Yerima also referred to a military ambush of terrorist commanders that took place on April 10 in the Wulgo/Logomani axis and another set of bombardments the following day, April 11, in Damasak.

Attached to the statement were a group of six pictures on Facebook and four on Twitter. As of 11:45 am on Saturday, the tweet had received over 1,000 likes and had been shared over 420 times. The post on Facebook, on the other hand, had been liked by over 2,500 users, shared by 599 people, and had attracted over 430 comments.

Four of the pictures were also shared by security strategist Deji Adesogan on Friday in a tweet that has since been liked by over 1,000 people and shared over 500 times. An advanced search conducted on Twitter, however, showed that at least three of the pictures date back to March 15 when they were tweeted by anonymous arms researcher, Calibre Obscura. This is over a month before the Nigerian Army’s recent press release was released and 22 days before the earliest operation mentioned in the statement.

“After a large ISIS attack in #Damasak (VBIED used), images have been posted of 9 AKs, an RPG-7 and an NSV HMG recovered by NA along with two technicals, all burned out. Currently unclear who their original owner was. ISIS claim 12 dead/wounded, but no proof yet,” Obscura had written.

The images, checks suggested, did not go viral on the microblogging platform at the time of this post.

Meanwhile, reverse image searches on Google also showed that the pictures were published on March 15 and 16 by various news platforms, including Daily Nigerian, PR Nigeria, The News, News Express, Metro Watch, and The Eagle Online.

According to the PR Nigeria report, the pictures showed the aftermath of aerial bombardments by the Nigerian Air Force (NAF) that killed ISWAP members in Damasak following an attack on March 14.

“Aside from the air raids by the NAF helicopters, the ground troops also succeeded in neutralising the remaining insurgents who attempted to escape after the destruction of three gun trucks, and one Canter Truck,” the paper said, quoting a military intelligence officer.

It is not the first time old pictures would be recirculated to suggest recent military victories. In a January report, HumAngle had revealed how pictures that date as far back as 2008 and were shot in foreign countries were presented by Twitter users as Nigerian military onslaughts against Boko Haram that took place this year.

“Stop reusing old images, it makes a mockery of the public you ‘serve’,” Obscura wrote on Friday in reaction to the Nigerian Army’s latest statement. 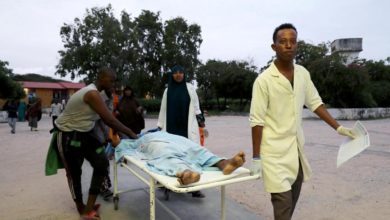 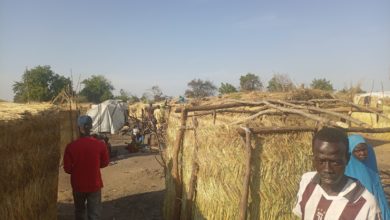 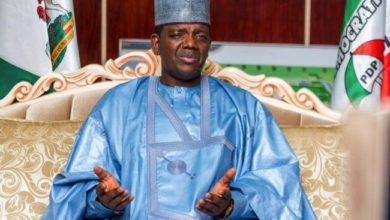