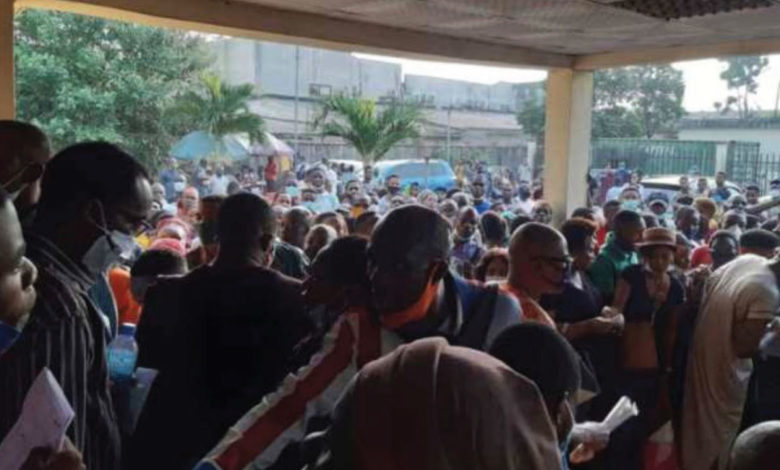 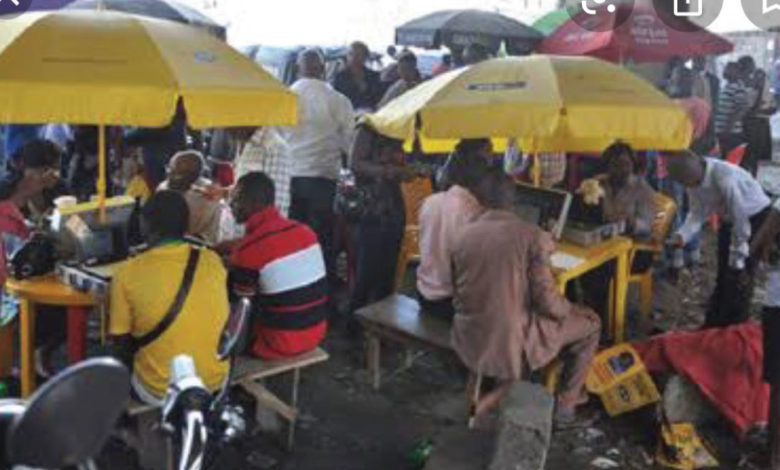 The directive by the Nigerian Government to citizens to link their mobile phone numbers with their National Identity Number (NIN) has opened an avenue for some brisk businesses for officials of Nigeria National Identity Management Commission (NIMC) who are in charge of registration, HumAngle can report.

Nigeria’s protracted insurgency and rising insecurity occasioned by activities of kidnappers, bandits and cattle rustlers prompted the government to issue the directive to telecommunication companies to have all subscribers linked to their NIN within two weeks or forfeit their lines.

Isa Pantami, Minister of Communication says such exercise would enable the country to track terrorism-related activities via mobile phones.

Before Monday, December 21, when the government announced that it has extended the period of the registration and linking of mobile phone numbers with NIN, many centres across the country for registration of NIN were bombarded with hordes of Nigerians who were eager to beat the two-week deadline. This has created anxiety as protocols put in place to check the spread of COVID-19 which is currently ravaging the country in its second wave were all violated at all the centres visited by our reporter in Katsina State, the home state of President Muhammadu Buhari.

The Federal Government on Monday extended the deadline, to link NIN to SIM cards, to January 19, 2021. With a population of 200 million, Nigeria has over 198 million active mobile lines, according to data from the country’s Bureau of Statistics. But only 42 million people have registered for the identity cards as of October 2020.

HumAngle reporter who moved around Katsina metropolis sighted how some officials of NIMC were collecting some undisclosed amount of money from the enrollees to facilitate the process.

Findings revealed that the officials were collecting between N500 to N1000 from the people who ‘have no patience to follow the queue.’

“The process of getting the NIN number here is full of corruption,” lamented an enrollee who pleaded not to be named.

“If you want to get it easily just pay N500 to them, they will do it without following the long queue,” said Nasiru Haliru, another enrollee.

The anxiety to beat the deadline and avoid disconnection pushed many people to bribe their way.

“It’s a good idea looking at the fragile security situation in the north, but the deadline is too short,” Ahmed Boda told our reporter at one of the registration centres.

“People don’t want to be disconnected, that’s why we are paying some money to get it quickly,” Boda explained.

Some people said they paid N100 to some agents to enrol their NIN numbers to avoid disconnection. Indo Haruna, an elderly woman, said: “ I have the number, I got it about three years ago, I went to one shop to enrol it for me but they asked me to pay N100 for the enrollment”.

Haruna said the money was for the agent to help her link her mobile line with NIN.

There were uproars across the country after agents tasked to link mobile lines with NIN were reported to be charging Nigerians N20 to get it done.

While the payment was called USSD and verification charges, Pantami said they have been suspended.

“Dr Isa Ali Ibrahim (Pantami) and other stakeholders resolved to suspend all USSD and verification charges for the duration of the extension to enable all Nigerians and legal residents to integrate their Sim cards with NIN without any financial obstacle,” said Kayode Adegoke, Head Corporate Communications at NIMC in a press statement.

While the brisk business is still going on underground despite the government’s pronouncement, the exercise is also being marred by misinformation.

Quite a number of people spoken to by our reporter believed that someone’s NIN number can be enrolled in another person’s mobile lines.

Bello Sule Mai Gari said, “ there is no need for me to go there, you can use someone number to enrol and continue using the line”.

“ I used my number for over 20 people and there is no problem,” said, an agent who spoke on condition that his name will not be publicized.

Ahmed Musa ( not his real name ) staff of the Commission in Katsina State countered the claim that it is possible to use someone’s else NIN to link another person’s Sim card.

“ I think their effort is useless, the linkage is not automatic, the NIN will be verified by matching against the data on the mobile service provider’s database,” Musa said.

“ Once a discrepancy is observed, it will be discarded. So, No cause for alarm.”

He said some agents are creating fake digits and enrolling it for their customers’ mobile phones.

Some of the agents who spoke to our reporter said they needed to augment their take home with what enrollees pay them as they are not paid salaries by telecommunication companies they are representing.

Bala Umar is an MTN agent in Funtua Local Government said: “ most of the field agents became jobless because there are no SIM registrations for now”.

“The agents are not on a fixed salary, telecommunication companies are not paying monthly, they only get paid based on their performance,” Bala added.

The target issue set by the telecommunication companies in Nigeria for agents is enabling the fraudulent and fake registration by the agents in order to get their target and get paid.

An investigation by a HumAngle reporter revealed that most of these agents devised a means to cheat the system by filling out fake identities with the intent to meet up their daily capture number.

The system is so porous that they could go as far as capturing still images from magazines or even live animals and are able to pass these pictures as profile images of fake identities, said a resident who understands the workings of the agents.

Kabir Usman Danja, a Glo and MTN sim cards dealer in Funtua and owner of Farashi Communication Business explained the motives behind fraudulent practices by the agents.

“It the issue of getting target by communication companies that are causing fake and fraudulent registration because they do ( agents) everything possible to meet the target and get paid,” Danja said.

“We are calling the telecommunication operators to abolish target policy for SIM registration to enable agents to get monthly payment,” he added.

This brought a lot of concern especially now the country is facing a second wave of coronavirus pandemic in the country.

With a population of 200 million, the West African country has an estimate of over 198 million active mobile lines.

“Only 41.5 million Nigerians have registered for identity cards as of May 2020” Micheal Odour of National identity management commission expressed concern.

HumAngle reporter round some of the katsina state communities to source people’s feelings and reactions on the way to enrollment, registration with national identity management commission (NIMC) and the fear of the pandemic in the environment.

Some residents were furious over the NCC actions. They claimed the time allocation was not adequate.

Amina Ashiru is a middle aged woman who expressed that “ I am here since morning following the queue but the process is not moving very fast. The deadline is short honestly”

One of the staff who spoke with HumAngle with condition that his name will not reveal asserted that “ the deadline given is too short for people here to get the number, people deliberately refused to come and register before this deadline was given”

“We met over 200 people early in the morning waiting for us, they are not following the rules of the game at all” he added.

Bashir Ibrahim who is a resident of Funtua who had gone to one of the registration centres lamented that “ people are not following any measures here with regard to COVID-19”.

“ As you can see people have overcrowded the registration area.”

Many people who were seen at the local government centres where the registration is taking place, were without face masks and were not observing social distancing.

Garba Sa’idu, an activist based in Katsina faulted the timing of the registration which he said can spike the COVID-19 cases in the country.

“The Federal government need to suspend this deadline given to the subscribers if not, this exercise will put many people into trouble especially contacting the Coronavirus,” Sa’idu said.

“The government is always getting it wrong when it comes to the issue of emergency in the state, how can they ask people to enrol within a short period while they were aware of the second wave of COVID-19, must they use only NIN numbers? Why not try voter cards, International Passport or driving license too,” he queried.

According to him, these identity cards will also play a significant role in checkmating the activities of the armed group in the state, not necessarily NIN numbers.

“I can’t risk my life to get COVID-19 because of the NIN number, leave them, they will extend the deadline” Anas Ishaq, a primary health care worker in Bakori said.