Some residents of Ilorin in Kwara State, who are part of the #EndSARS campaign, have described the dissolution and name change of the rogue police as dishonest.

On October 13, the Inspector-General of Police, Mohammed Adamu announced that a new Police outfit has been set up to take over from the dissolved Special Anti-Robbery Squad (SARS) unit of the Nigerian Police Force.

The new outfit known as Special Weapons and Tactics Team (SWAT), will fill the gaps arising from the dissolution of SARS.

The announcement has been met with resistance from campaigners of police reform who have been carrying out a series of peaceful protests across the country.

In Ilorin, hundreds of youths with various placards on #ENDSARS went round Taiwo, Unity, Post Office Murtala Mohammed way, Sawmill area, Offa garage area and other major streets of Ilorin to call for an end to police brutality in Nigeria.

The protesters, mostly youths, blocked major roads in the state capital before heading to the state government house.

They were seen sensitising adults and market women in its latest demonstration against police violence in the state.

During the protest, young people who spoke with this reporter detailed their previous dealings with men of the Nigerian police force.

One of the protesters, Precious Okotume, 19, said the new unit is just another coinage to deceive Nigerians, stating that young people wanted the government to end the unit completely

“The name is just a change in English. The unit has been dissolved, banned, disbanded, without any changes in their approach. What we are asking for now is that they should end it completely. They have deviated from their scope.

“This is no longer about SARS; the entire police force has to be reformed. There is no proper orientation for these guys. But for the SARS, they have to end it completely,” Okotume said.

Another protester, Balqees Salaudeen, recalled how the defunct unit extorted some of her friends based on their appearance.

Although she had never been harassed by men from the unit, she said total reform of the force will end police violence in the country.

“Although the IGP has disbanded the unit, people are still being killed in Ogbomosho, Lagos and other parts of the country, we want it ended completely. We are not asking that they should be redeployed to a new unit.

“Our taxes are putting food on their table, they cannot be killing us. they cannot be harming; we would no longer condone police brutality. When we have a good government, we won’t even have to stress ourselves before our demands are met. We need to put a stop to this, we need to reform the entire police force together,” she added.

According to him, the trust Nigerians have lost in the government explains why young people remained committed to the end police brutality in the country.

“This same disbandment was done in 2017, 2018, and 2019 without results. Now we are in 2020, there is no justification for the Nigerian populace to trust that the government will really put an end to the nefarious activities of SARS.

“That is why we are calling for the total overhaul of the Nigerian police force. It is not just enough to have a press conference to tell us that the unit ha been disbanded, what they are trying to do is to play on our intelligence.

“The same category of people would still be in the system without any orientation or declaring an emergency in the unit,” he noted.

The first time Faizal Khalifa, a web developer, was stopped by men of the Special Anti-Robbery Squad (SARS) along Unity Road in Ilorin, it took him moments to catch a glimpse of the reality as he stood still in disbelief.

Khalifa had only heard of the unit’s notoriety from friends who often lamented their unbecoming attitude. It never occurred to him that he would ever fall into the cold arms of SARS.

On a Thursday evening in July 2020 when he was coming back from a popular restaurant along the axis, where he had gone to buy what he would eat for the night, he was accosted by SARS.

At first, he thought they were regular policemen who were there for a routine check. He faked a smile as most Nigerians would do whenever they meet the men in black, but that did not sweep the officers off their feet.

Khalifa, who is also a third-year student of the University of Ilorin,  had to explain where he was coming from and why he chose to wear a baseball face cap on a short.

“I was stopped at unity road around 9 p.m. while I went out to get what I would eat for the night. I was asked to identify myself which I did as a student of Unilorin. The next question was why am I using an iPhone and why dis I have air pod on me.

“I was dragged into their car where I was beaten and my phone was seized. It is unimaginable that we can no longer walk freely in our country because of their notoriety.

“The unit has outlived its purpose. If the government had no interest in the unit, they would have disbanded them a long time ago. We have been told that they have been banned numerous times, but it seemed we are being deceived.

“Even the new unit is just a cosmetic response. We want reformation of the entire police force” he declared.

Victor, a musician, was going for a rehearsal when he was stopped by men of the defunct SARS on a Friday evening.

Similar to most harassments by the unit, his offence was based on his physical appearance and walking around late in the evening.

“I was going for a night rehearsal. I am a musician but my only offence was walking around at night. They checked me and they could not find anything on me except my drumstick and headset.

“They collected my headset and while I was arguing with them, I was told I would have to follow them to their station and being Friday night, it means I would sleep in their cell till Monday, I had to let go. If not, they would accuse me of what I never did. I could not do anything that night I had to return back home,” he lamented.

SARS was a unit of the Nigerian police under the Force Criminal Investigation and Intelligence Department charged to arrest, detain and prosecute people involved in an armed robbery.

The unit, which was dissolved on October 11, 2020, following widespread protests from Nigerians was notorious for crass human right violations including extortion, torture, framing and blackmail.

(Abiodun Jamiu is a student journalist with the Premium Times Centre For Investigative Journalism. This report was funded by the Gatefield Impact Initiative.) 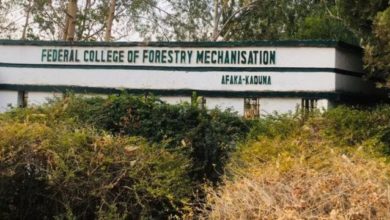 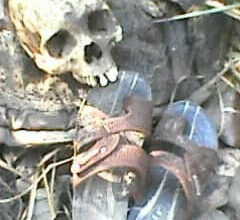 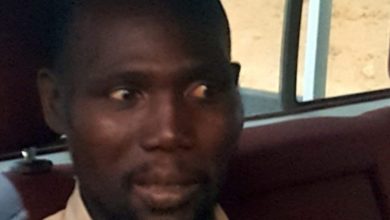