The Vice President of the Economic Community of West African States (ECOWAS), Ms Finda Koroma has said fighting terrorism will be futile without addressing the root causes of the violent extremism.

Speaking at the inauguration of the Early Warning Study on the Spillover of Violent Extremism to ECOWAS Coastal Member States, in Abuja on Monday, Nov. 22, 2021, Ms Koroma said poverty, weak governance, and other social ills will remain a stumbling block to the war on terror.

“The ECOWAS Commission understands that it would be illusionary to fight against terrorism without attacking its root causes, such as bad or in some cases, weak governance, poverty, youth unemployment and human rights abuses,”

”This Plan of Action asserts that structural factors such as the lack of prospects for youth or unemployment, contribute largely to their adherence to the agenda of terrorist groups which they find attractive and therefore consider as an alternative likely to offer a better tomorrow for them,” she said.

According to Koroma, data from the ECOWAS Alert and Response Network (ECOWARN) show that terrorist incidents carried out by Boko Haram alone resulted in more than 30,000 deaths in less than ten years of subversive activities.

This, she added, was in addition to physical attacks on ECOWAS member states’ populations and territorial integrity.

Terrorism, according to Koroma, has had unprecedented humanitarian consequences, with more than three million people displaced in the sub-region.

“After Northeast of Nigeria, the Lake Chad Basin, the Sahel, the Northern Part of Mali, the threats escalated in the Liptako-Gourma region, made up of Niger, Mali, and Burkina Faso.

“From the North of Mali and Burkina Faso, violent extremist groups conducted years back, attacks in the southern part of these member states.”

“Since 2019, the southwestern regions of Burkina Faso have seen an escalation of jihadist presence from JNIM’s Katibat Macina, who are present in the Cascades region and the forests along the Ivorian border.”

“This explains why Côte d’Ivoire saw a major escalation of violent extremism throughout 2020, including its first jihadist attacks since the 2016 Grand Bassam incident. We all remember the Park W Pendjari abduction in Benin,” Koroma said.

She stated that, on the instructions of the Heads of States, the ECOWAS Commission has been working to address this multifaceted issue to achieve regional peace and security.

She revealed that various strategies and programmes had been implemented in the region to combat terrorism.

However, Koroma stated that the fight against terrorism was not solely the responsibility of member states of the ECOWAS Commission.

“In the joint policy statement, the Authority of ECOWAS Heads of State and Government have called on the international community, development partners, relevant international organisations and civil society organisations to coordinate their activities with the ECOWAS Commission.”

“All member states affected must therefore put more efforts to eliminate these conditions that facilitate the activities and movements of terrorist groups.”

“It is my view that only concerted regional initiatives such as this, can help us to better understand the dynamics of the security challenges facing us and hopefully, we can agree on the best strategy for curbing the menace of terrorism and violent extremism.”

“Without doubt, terrorism threatens the free movement of persons, goods and services, which represents the core values of our regional integration agenda.”

Onyeama added that despite the positive result of the kinetic operations against the terrorists, that alone can’t overcome the larger threat.

“Equally, non-kinetic approaches such as the launching of operation safe corridor which serves as a de-radicalisation, rehabilitation and reintegration programme for repentant terrorists have yielded positive results.”

“Nigeria has therefore witnessed a lot of progress in this approach, which has provided an avenue for hundreds of terrorists to lay down their arms and surrender to our security forces.”

He said Social challenges such as poverty, unemployment, inequality can result in the existence of a breeding ground for potential recruitment of affected persons into terrorist folds, if not properly addressed.

He however said, ”Nigeria will work closely with the ECOWAS Commission to ensure that the actions we shall be taking, in preventing terrorists and violent extremists from crossing our borders into our coastal regions, would not negatively affect the regional economic integration agenda.” 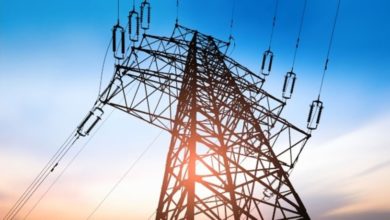 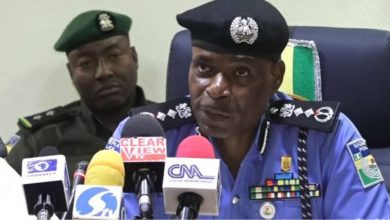 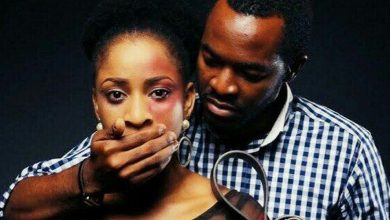 Women Speak Out Against Gender Based Violence