Blessing Erdoo strapped her son to her back, patting him periodically as she made her way to the camp leader’s makeshift office. Her expression was tense and it was clear that she did not have much sleep the night before. The child, oblivious to the tension of his mother, wailed and wailed.

“My child. He did not sleep. His temperature is running and he is getting worse,” she said in Tiv as soon as she sighted the camp leader, heaving as she followed him side-by-side to his office.

The child kept crying, clearly uncomfortable and expressing himself the only way he could. He had been unwell for a couple of days and his mother assumed he would get better. There was nothing to boost his immune system as Blessing, and other nursing mothers in Tse Yandev camp, do not have enough nutrition to pass to the babies through breastfeeding. They do not feed well and it affects their breast milk output. When the child appeared to not be getting better, she decided to raise the alarm.

Blessing stood by the camp leader’s table and answered his questions about the child’s illness and its history. When the quizzing was done, he tore out a sheet of paper, scribbled something and handed it to her. She glanced at it and left.

“I am referring her to the doctor that helps us. The man runs a clinic that treats us for free. It is the only healthcare support we get, except on a few occasions where organisations do outreaches. He has been helping us a lot,” the camp leader, Yev Geebe Gabriel, said.

Tse Yandev is a makeshift Internally Displaced Persons (IDP) camp in the North Bank area of Makurdi, Benue State, Northcentral Nigeria. The IDPs here had to organise themselves to create the camp after fleeing their hometowns following attacks from a farmer-herder crisis and other armed violence. Among other lacks, such as insufficient food and terrible living conditions, the IDPs suffer several diseases and their only access to healthcare comes from a small, privately-run community clinic.

While the distance between the IDP camp and the clinic would cost ₦100 with a motorbike, Blessing trekked. For her, it was not an option. She had to walk the windy distance because the transport fare could be used to at least buy some food for the sick child. The clinic is itself in a small cluster in the same area as the camp; the bad road raises dust and causes the motorbike to dance involuntarily as one journeys there. Just like the areas around the camp, the road is littered with debris, half-planted into the soil by gully erosion.

A tiny signpost reading ‘Saviour Medical Centre’ indicates the exact location. At the entrance, one can see IDPs trooping in. Once inside, the patients, mostly women holding sick babies can be seen waiting to be attended to. When HumAngle met the owner, Dr. Aondona Tardoo Scamdy, he had just finished attending to Blessing, the nursing mother from Tse Yandev camp.

“I have been running the medical centre for almost 20 years now. But I started to specifically look after IDPs after I visited the camp a couple of years ago and saw that there are health challenges they go through with no access to medical care. I looked at them and I was weeping because they were just dying from illnesses that were easy to treat,” Dr. Scamdy said.

Every day, he sees over 30 patients, who must come with notes from the camp so the medical workers understand their history. He then finds ways to distribute the clinic’s resources into treatment plans for the IDPs, bearing in mind their environment and lack of amenities.

The clinic has a waiting area, which is the second largest room in the small building, two wards, a diagnostic area, labour room, and an emergency operating area. It caters to the medical needs of the people, despite its own limitations. Dr. Scamdy told HumAngle he finances the place by himself, as he cannot bear to have that many sick people around him with no money and refuse to treat them.

“The day I visited them, some were dying, some were sick and they were not getting enough help so I carried them to my clinic. I decided to use what I have to help them. Every day, the clinic is full to the brim with mothers, babies and sick people,” he added.

Malaria, Cholera, and Diarrhea; the trifecta

According to Dr. Scamdy, a lot of the patients come in with malaria, cholera, diarrhea, and typhoid, diseases that are linked to poor hygiene and living conditions. “There are a lot of these illnesses from the camp because the environment is not safe. The water and food are mostly contaminated and the IDPs can hardly avoid it because this is the only way they can survive,” the doctor noted.

When HumAngle visited the camp, the rainy season was winding down and one of the last few heavy torrents had fallen, leaving gully erosion in its wake. The sloppy portions of the ground had led the waters to several spots where green matter appeared on previously red soil, a breeding ground for mosquitoes.

Yet, it was not the mosquitoes that bothered the IDPs. It was sleep. As it rained the night before, they left their makeshift huts behind and bunched together in an uncompleted building, the only hall in the camp compound designed for a quarter of their number. As of October 2021, there were 10,502 people in the camp and at least 5,000 of them sought refuge in buildings designed for just 200 people.

“There is a high chance that this is how communicable diseases are spread in the camp. The hygiene is terrible because the people do not have a lot to work with,” Dr. Scamdy told HumAngle.

It is like this during the rainy season, the camp leader, Gabriel, confirmed. The tents are made of sticks and mosquito nets, a material that could save them from malaria but had to be repurposed into emergency housing. There were repercussions.

In September 2021, the camp suffered a malaria outbreak that went on for a couple of months during the rainy season. The outbreak affected over 200 IDPs and Saviour Medical Centre was the place they could go to for medical support. The clinic was overwhelmed at the time but “did what it could do with the available resources,” according to Dr. Scamdy.

The clinic also regularly embarks on outreach programmes by sharing sanitation products and relief materials like food to ensure that IDPs have materials needed for better health.

The day HumAngle visited the clinic, a child had come in with low blood plasma and was almost passed out. He needed supplements and an eventual blood transfusion. “The child was malnourished and that is common here. These are people who used to grow their own food and now they cannot even feed their children. That child, like a lot of the children, was not eating enough to grow his body and his mother was not eating enough to properly breastfeed. It is tough,” Dr. Scamdy lamented.

He noted that malnourishment has been a huge issue in the camp as the IDPs do not have access to food and, when they do, there is deficit in needed nutrients. The situation is ironic as Benue State, the ‘food basket’ of Nigeria, is known for its fertile farmlands. Prior to the crisis, the IDPs were from farming families and had food to eat and trade with. Leftovers are their only guaranteed meals now, except when Good Samaritans show up occasionally.

“Nursing mothers and pregnant women are the ones that come here mostly. They need food. Their children need food. Quality food. They come here for several reasons and you can clearly see that food would have solved this problem,” the doctor added.

According to Dr. Scamdy, there are several health needs the people have that are not being properly addressed because of limited resources. He currently runs the place with support from friends and family and would love to do more.

The spread of communicable diseases and malaria “will keep happening if the environment stays the same and we have to be ready to treat them. But the other issue is that some of the IDPs are HIV positive,” he said.

The medical doctor added that although the clinic provides Anti-Retroviral drugs (ARVs), there is a problem with getting more IDPs to get tested as well as getting access to enough drugs.

“It is not just the ARVs. We need support to get more drugs and equipment to treat the IDPs, else the situation will not significantly improve,” he noted. 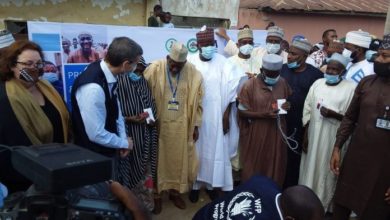 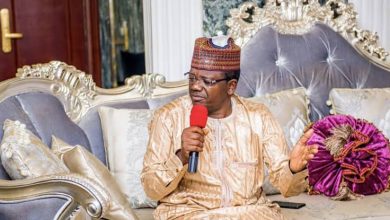 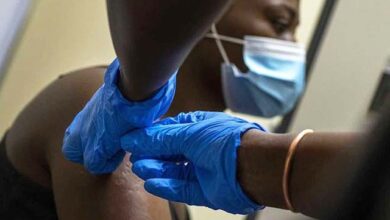 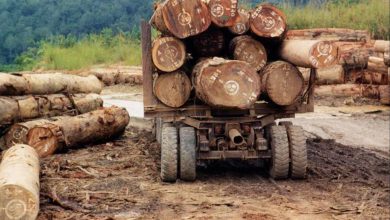