Mixed reactions have trailed the murder of Deborah Samuel, a student of Shehu Shagari College of Education in Sokoto, Northwest Nigeria, who was killed by a mob in the school after being accused of blasphemy against the Prophet Muhammad.

Deborah, a 200-level Home Economics student, was killed and set ablaze on the school grounds on Thursday, May 12, 2022, by an irate mob suspected to be her schoolmates.

The Sultan of Sokoto, Alhaji Abubakar Sa’ad III and a spiritual leader to Muslims in Nigeria issued a statement in which he  immediately condemned the killing, urging security agencies to track down the perpetrators.

“The Sultanate Council condemned the incident in its totality and has urged the security agencies to bring  perpetrators of the unjustifiable incident to justice,” the Sultan said in a statement.

Also in a reaction to the incident, the Christian Association of Nigeria (CAN) said it  acknowledged the condemnation of the Sultanate but urged Governor Aminu Tambuwal of Sokoto State to ensure that the case is not swept under the carpet.

“It is our expectation that the State Governor, Aminu Tambuwal, would ensure that the matter is not swept under the carpet, as it was before,” CAN said in a statement on Friday, May 13.

Joseph Bade Daramola, CAN General Secretary who signed the statement described the incident as unlawful and said the failure of security agencies to act to similar situations led to the emergence of terrorists in Nigeria.

“We also call on all teachers and preachers of religious intolerance, extremism and terrorism to repent before the wrath of God descends on them if the State failed to bring them to book,” the association said.

Meanwhile, the Muslim Media Practitioners of Nigeria (MPAN) has also condemned the mob action and distanced Islam from jungle justice adding that what the perpetrators  did was a criminal offence in an Islamic Law.

“As a body of Muslim Media Practitioners,  we join all others to condemn this barbaric act and call for immediate justice on any individual or group of people found guilty of perpetrating this dastard act,” Abdul Rahman Balogun, the President of the association said in a statement issued on Friday.

Balogun described the incident as the manifestation of ignorance of what Islam preaches and hence the need for Islamic clerics to intensify their efforts in teaching the proper teaching of Islam.

“It is in this light that we commend the immediate action of the Sultanate Council and His Eminence Sultan of Sokoto, Alhaji Sa’ad Abubakar for condemning the criminal act and call for calm pending the outcome of the investigation panel set up by the Sokoto state government.”

“As a body of Muslim Media Practitioners,  we join all others to condemn this barbaric act and call for immediate justice on any individual or group of people found guilty of perpetrating this dastard act.”

“This is so because if any individual or group is permitted to judge and execute punishments on their own without recourse to the constituted authority, there will be nothing but jungle justice and anarchy on the land,” the group added.

While reacting to the incident, Matthew Hassan Kukah, the Catholic Bishop of Sokoto Diocese, also condemned the killing of the student and dissociated the incident from any religious cause.

Kukah said Muslims and Christians have lived peacefully in Sokoto over the years. He however urged security to treat the incident as a criminal act and allow law to take control.

“We condemn this incident in the strongest terms and call on the authorities to investigate this tragedy and ensure that all the culprits are brought to book,” the Bishop said in a statement.

“The only obligation that is owed to her immediate family, her fellow students and the school authorities is the assurance that those who are guilty of this inhuman act, no matter their motivation, are punished according to the extant laws of our land.”

“This has nothing to do with Religion. Christians have lived peacefully with their Muslim neighbors here in Sokoto over the years. This matter must be treated as a criminal act and the law must take its cause.”

“Meanwhile, I wish to call on all Christians in Sokoto and around to remain calm and to please pray for the repose of the soul Ms. Deborah. It is the first obligation we owe her. May God grant her eternal rest and console her immediate family.” 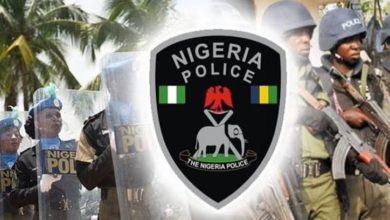 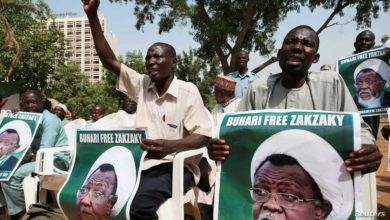 Timeline: From Massacre To Acquittal, Events Around Zakzaky’s Years In Detention 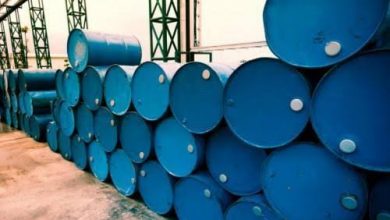 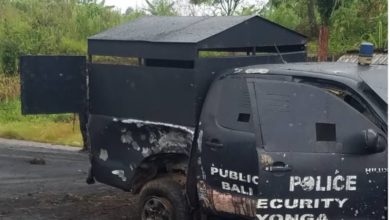