Checks show that abductions, attacks, clashes among other forms of crime and violence have become greatly aggravated during the period of lockdown in Nigeria.

President Muhammadu Buhari announced on March 29, 2020,  that from midnight of the next day there would be cessation in movements within, to, and from Lagos and Ogun states as well as the Federal Capital Territory, Abuja to check the spread of COVID-19. Various state governments likewise started imposing restrictions on movement and banned travellers from entering from other states.

In April, all 36 state governments through the Nigerian Governors’ Forum “unanimously agreed to the implementation of an interstate lockdown in the country” to reduce the spread of the novel coronavirus.

Figures made available based on media reports by the Armed Conflict Location and Event Data Project (ACLED), a prominent real-time data and analysis source on political violence and protest, show that a significant increase in insecurity occurred since the lockdown.

HumAngle viewed the data between January,  2019,  and June 2020 and noticed a spike in violent crime beginning from April this year.

Unlike in 2019 when the incidents kept reducing till mid-year when they picked up a bit, there was a sharp increase from 192 incidents in March to 256 in April. In May, the number rose even further to 312, and as of June 6, there had been 68 incidents.

A similar trend can be seen in specific criminal activities such as abductions, armed clashes, and those classified as attacks.

In April and May, a higher number of 17 and 20 cases of abduction were respectively recorded. In contrast, there were 11, eight, and six incidents between January and March. Also in 2019, the average number of abduction per month was sixㅡagainst 18.5 during the period of lockdown. By June 6, five cases of abduction had already been recorded for the month.

Armed clashes also shot up in the month of April. In the first three months of the year, Nigeria had 51, 43, and 49 cases respectively recorded, but in April and May, the numbers increased to 70 and 77 respectively. By June 6, some 21 incidents had occurred. Another database, the Nigeria Security Tracker, also shows that there has been an increase in fatalities from politically motivated crimes across the country. Between Monday, June 8, 2020, and Saturday, June 13, 2020, 261 people, including 184 civilians, lost their lives, a 31.7 per cent increase from the death toll of the previous week.

While delivering his Democracy Day address on Friday, June 12, President Buhari assured the country that his administration prioritised fighting insurgency, banditry, and other forms of crime.

Last Thursday, he rebuked the service chiefs and heads of security agencies for their poor handling of the security problems facing Nigeria.

“He is extremely unhappy about what is happening and he feels that, even though the security agencies are doing their best, their best is not good enough for him and wants an immediate reversal of the current trend and immediate reversal of our misfortunes in all their dimensions,” said National Security Adviser  Babagana Monguno about  the president’s feelings.

“He also stated that no one was forced on him, he selected everyone individually based on what he feels their records had revealed and therefore, it is up to individual organisations to live up to the expectations,” Monguno added while addressing reporters and other  statehouses.

“Again, Mr President has also said that it is extremely important that we in the security agencies must ensure that we justify the leadership by not disappointing the populace.” 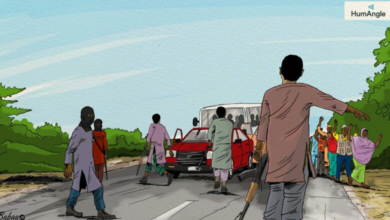 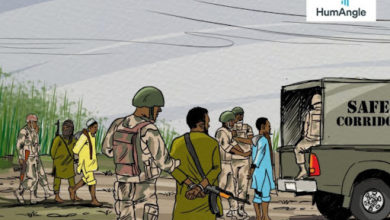 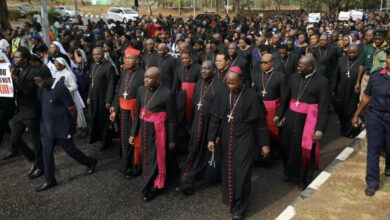 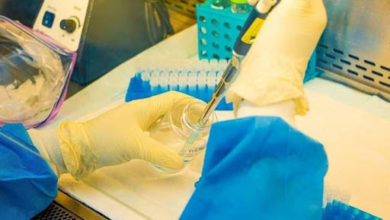