There seems to be no near end to the blackout-induced economic hardship faced by residents of Maiduguri, Borno state capital, as armed insurgents, on Thursday, June 17, attacked more electricity installations in a brazen attempt to frustrate the ongoing restoration of light that went off since January this year.

The insurgents, who claimed responsibility for the attack, waited for the Transition Company of Nigeria (TCN) to fix the damaged line two months later before returning to attack more high-tension poles — 48 hours after residents had gone wild celebrating the return of electricity.

HumAngle understands that attacking electrical installations is one of the means adopted by ISWAP as part of a broader blockade against the Borno state capital, its goal being to make the city economically jaundiced and make life unbearable for residents.

Already, the city has become economically hamstrung as insurgents have taken over most of the highways leading to it, thereby constraining commuters to only the Maiduguri-Kano highway for the movement of goods and services into the state capital. This situation has led to an increase in the cost of living.

About five months after they plunged Maiduguri into darkness, and on the day Nigeria’s President Muhammadu Buhari visited the state capital, the insurgent group brought down three more high tension poles.

During his stay, the president assured the residents that their electricity problem would soon be over.

A HumAngle reporter had gathered from government sources that the repair work on the second set of high-tension poles that were attacked on March 27, 2021, was “about 95 per cent completed when the gunmen went to bring down three more poles on Thursday last week.”

Residents of Maiduguri had through March, April, and May experienced one of the worst periods of their lives as weather temperature rose as high as 43 degrees celsius, leaving the people parched under the scorching heat of the sun.

Aside from the unfriendly weather, most commercial activities, especially the small and medium scale enterprises, were badly affected as they could not sustain running their business using generators.

Dan Mallam, a prominent barber in Maiduguri, says he is struggling to operate his shop due to the double-edged hardship of running his salon with a generator and the high cost of petrol.

“The only known service we enjoy from the government is the electricity from the national grid,” he said. “But look at our situation today: no light and the cost of fuel for our generators is unbearable. Our customers would never understand us if we increased the fare for barbing because the money is not even forthcoming. So, we are just operating at a loss for the past five months.”

Residents who have no means of powering their generators due to the high cost of fuel, had, during Ramadan resorted to buying iced blocks as an alternative means of cooling their drinks.

“Only a few people who have the means can even buy a piece of iced block because one goes for as high as N150,” said Madam Rebecca, a local food vendor.

Sachet water vendors now sell at N10 per sachet, as producers jerked up the cost per bag from N60 to N100. “Some are even selling at N130, and they blame the hike on the high cost of running their businesses with generators,” Abdullahi Umar, a civil servant, informed HumAngle.

Big businesses like hotels are also among the worst hit by the attacks on electrical installations.

HumAngle took a cursory survey of most big hotels in Maiduguri and observed that only a few of them could run their electricity for 18 hours. Many others, including the high-profile ones, have resorted to rationing the time they put on their power generating plants.

“As you can see, most of our rooms are empty; and this is not because there are no customers, but because they cannot stand having light put on only in the evenings and put off by 7 a.m.,” said a frustrated manager of one of the hotels, who pleaded not to be named in this report.

“Just as we are about to say, ‘Thank God it is over,’ they have gone back to attack more poles along the Maiduguri-Damaturu road,” he said.

A senior police officer who spoke to HumAngle in confidence, confirmed that “these criminals meant business with this light thing; they fell three other poles and I doubt if the TCN people would be able to attend to the situation promptly because they are still battling to repair the damage in March.”

With three more poles down, while the previously attacked ones are yet to be fixed, the blackout regime may linger longer than it was feared.

David Ojo, a monitoring and evaluation (M&E) consultant working with one of the international NGOs in Maiduguri, also decried the state of blackout and how it has taken a deep toll on the well-being of the people.

“From the independent surveys done so far, results seem to be showing a decline in the standards of living of the majority of those that were interviewed as residents of Maiduguri,” he said.

“Most interviewees complained about the high cost of living, especially as they have to set aside an average of N5,000 to N10,000 per week to purchase diesel fuel to power their appliances. The ills of the blackout brought upon the metropolis of Maiduguri cannot be overstated, because this has brought a lot of negative economic impact on the people. I can assure you that most of the inhabitants now must retire home earlier, those who must work or read late at night must depend on street lights as their alternative sources of lighting.”

Ojo explained that a survey conducted by his organisation showed a surge in crime within the metropolis because of the unfavourable business environment and increasing unemployment.

“There has been a surge in the spending of families; to the extent that more money is being spent on a pot of soup than ever before; and to make matters worse, they have to spend more on fueling their generators to preserve their soup, meat and other perishable items,” he added.

“Based on this blackout-induced high cost of living, people have to go into other less decent coping strategies like begging, prostitution, sex for work and other desperate measures like handbag and phone snatching in Keke-Napep and so on.”

“It has gone to an extent that some residents are suggesting that just like it is being done to the IDPs, they too are calling on government and the multi-national donor or relief organisations to come to their aid either by way of providing some palliative for food or fuel to run businesses.”

Residents who spoke to the INGO urged the authorities to establish an independent power plant that could supply electricity to the city and ease their difficulties.

FG-proposed gas plant, a way out?

To stop the continuous attacks on Maiduguri’s power installation and prevent the city from perpetual blackout, the federal government had, last April, approved the installation of a dedicated gas turbine that would exclusively provide electricity to the city of Maiduguri and its environs.

The Group Managing Director of Nigeria National Petroleum Company (NNPC), Kyari Mele, who led a management team to Borno on April 9, informed the governor, Babagana Zulum, that the proposed gas plant should be ready in about four months. When installed, he said, the city of Maiduguri would be immune from attacks on its source of electricity for good.

“We have talked to each other and we think it is very possible to establish a dedicated power plant in Maiduguri which will serve the current need of power supply not only in Maiduguri but to other parts of the neighbouring cities,” Mele, a Borno indigene, said.

Though residents have so far seen the gas turbine option of providing light to Maiduguri city as a welcome development, experts in electricity engineering hold a contrary view. Rather, they suggest that though the gas turbine, which is expected to generate 50 megawatts of electricity, would be more than enough for Maiduguri, the option is not only capital intensive but also very difficult to maintain.

“It is a very good development if I must say, especially if the government provides all it takes to sustainably run the power plant,” Ishiaku Ibrahim, an electrical engineer, pointed out.

“But one of the downsides of it is that you cannot completely install a 50-Megawatt plant, regardless of its circuit design, in less than six months.”

Though the NNPC GMD had in April promised Zulum that all was set to commence the installation of the gas turbine, sources close to those handling the proposed project confirmed to HumAngle that “it is still at the planning and approval stage.”

The situation has left residents of Maiduguri in a state of hopelessness as to when the city would be lit up again.

The Boko Haram armed conflict has in the last 12 years led to the destruction of critical public assets in many parts of the Northeast, with Borno State, the epicentre, recording most of the losses. 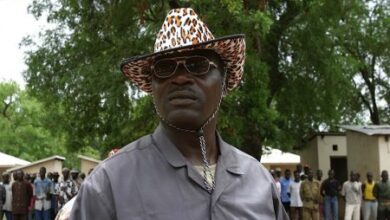 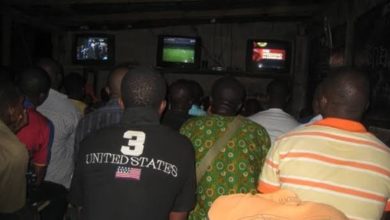 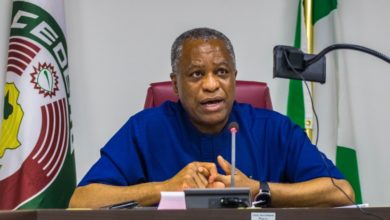 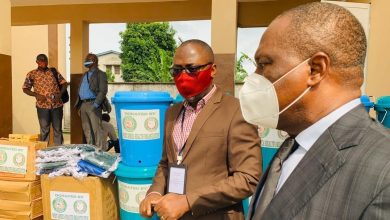