Anxiety has followed Nigeria’s discovery of its first cases of the  Covid-19 Omicron variant, technically known as B.1.1.529 lineage

The Nigeria Centre for Disease Control (NCDC),  in a statement by Ifedayo Adetifa, its director-general, on Tuesday night, Nov. 30, said the variant was detected in two Nigerians who arrived in the country from South Africa the previous week, through the genomic sequencing of positive cases from routine day two.

“Retrospective sequencing of the previously confirmed cases among travellers to Nigeria also identified the Omicron variant among the sample collected in October 2021,” the statement said.

“The two recent cases, though asymptomatic, have been linked to clinical care, and other response activities which include contact tracing have commenced. Arrangements have been made to notify their country of origin to commit-country entry response.”

The detection of the Omicron variant was first announced by South African scientists on Nov. 25, sparking a flurry of flight bans on Southern Africa by wealthier countries.

The Netherlands announced on Tuesday that it found the new Omicron variant in cases dating back as long as 11 days, indicating that it was already spreading in western Europe before the first cases were identified in Southern Africa.

The World Health Organisation (WHO) had designated it as a “variant of concern,” urging global leaders to bridge the vaccine inequality gap to contain its spread.

Despite the low vaccination rate, Nigerian health authorities said efforts were in place to strengthen surveillance in the country and curb its spread.

But health experts warn the development may be complicated with Nigeria’s low vaccination rate.

So far, Nigeria—the most populous country in Africa— has administered 9.85 million vaccine doses, with 3.52 million persons  being fully vaccinated, representing 1.7 per cent of its population. Nigeria missed the September deadline for the global vaccination goal of inoculating 10 per cent of each country’s population.

Even South Africa—where Omicron was first announced— was among the fifteen African countries that reached the global target, vaccinating at least 24.3 per cent of its population by November. About 25.4 million doses have been administered, with 14.4 million people being fully vaccinated in South Africa.

Despite this, many Western countries banned flights to South Africa. The flight bans are now being extended to other  African countries, including Nigeria.

On Wednesday morning, Dec. 1, Canada announced its travel ban on Nigeria following the detection of Omicron variants in two people who recently travelled to Nigeria.

There are already concerns on whether other countries would follow suit in banning flights from Nigeria as the end-of-the-year holiday season unfolds and its attendant effects on the country’s tourism industry.

It remains unclear whether the Omicron strain makes people more severely ill than the already well-known variants, but WHO warned that shutting borders was not the best option, saying global actions such as bridging the vaccine gap must be reached as scientists rush to understand its nature.

Speaking on factors responsible for low vaccination and government efforts, Oche said the Nigerian government had done a lot in getting people into its vaccination programme, adding it was time for people to act.

“I think the government has done much. Let’s see how people respond to it. You know that people that want to go abroad must be vaccinated. So probably, the group of people who go abroad every time or are anticipating to go are likely to be vaccinated, or somebody whose family member has died of COVID-19 will want to take care of the vaccine. So I think these are the factors that probably push people to, you know, get the COVID-19 vaccine.”

“The mitigation of cross-border transmission will require a cautious approach and review,” said Agbor.

He said the government must carefully consider border screening activities, post-arrival screening, proper documentation of patients who arrive in Nigeria through (air, land or sea) and deploy technology to ensure a friendly approach to tracking and management.

He added that self-isolation, self-reporting, observations of simple infection control measures and organising support for the suspect and confirmed cases will be a win-win situation.

The  NCDC has also said driving down the spread requires Nigerians to observe COVID-19 preventive measures and get the vaccine.

The country reported a spike in Covid-19 cases on Tuesday, recording 105 patients, the highest figure in recent weeks—although some of the cases were from a backlog of previous days. It raised the total confirmed cases to 214, 218.

Lagos, the country’s commercial capital and the pandemic’s epicentre, reported the most infections with 43, followed by Gombe State with 21 infections.  FCT had 16 cases, while Niger recorded 10 cases. Rivers reported 6 cases each, and Plateau had 5 cases. 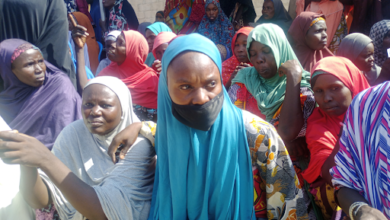 Sexual Violence Against Borno IDPs Could Be Worse In Resettled Communities 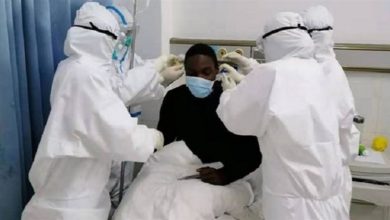