The United Nations High Commission for Refugees (UNHCR) has expressed concern over the fate of refugees in North Kivu of the Democratic Republic of Congo concerning vaccination against the COVID-19.

Following this, the UNHCR office in Goma has pledged to do “everything possible to ensure that refugees and internally displaced persons in the province of North Kivu are included like other citizens in the national plan for the fight against the … pandemic.”

In a communique issued on Oct. 1, after the arrival of 50,000 doses of the Pfizer vaccine in North Kivu, the UNHCR said it was its wish to see Internally Displaced Persons (IDPs) following ongoing wars in the country as well as refugees have access to vaccines.

The UN Agency confirmed that it has been accompanying the DR Congo government to access the zones that have been hosting IDPs and refugees as part of its sensitisation activities in the different zones identified by the Enlarged Vaccination Programme (EVP).

“Mobile teams would be deployed to rural areas to vaccinate displaced persons and refugees as well as the local communities hosting them,” the UNHCR announced.

More than one million persons have been displaced in North Kivu and most of them are living with host families in sites that are overcrowded.

The UNHCR has expressed worries over the “difficult and unhealthy conditions in which the displaced persons are living without access to potable water and adequate health infrastructures which makes the fight against the COVID-19 among displaced persons difficult.”

The UN Agency has called for the reinforcement of the health system in the DR Congo.

According to the agency, this is why it has been giving support to the country’s Ministry of Public Health notably by way of drugs and ambulances in the zones that host refugees and internally displaced persons.

The UNHCR says it has also constructed quarantine centres for the isolation of potential patients of COVID-19.

There are currently at least 20 vaccination sites in urban centres in North Kivu installed through the auspices of the Enlarged Vaccination Programme and the Provincial Division of Health. 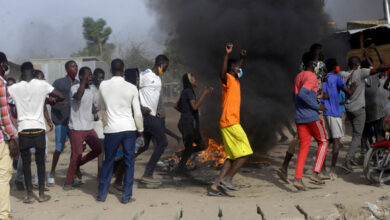 6 Die In Clash Between Youths And Gendarmes In Chad 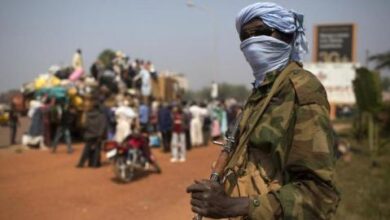 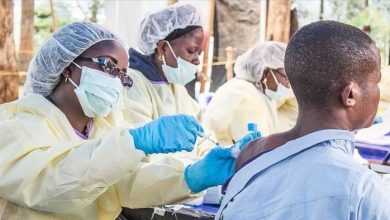