In the wake of the COVID – 19 pandemic, medical teams have been fundamental to community and healthcare response efforts. However, increased stressors from both within and outside the work place have generated unprecedented challenges for medical teams across the globe.

In Nigeria and other parts of the world, doctors, nurses and other healthcare workers have experienced shortage, not only of  Personal Protective Equipment (PPEs) but staffing as those in the frontlines have fallen ill while the number of infection cases continue to rise.

On Dec.  26, 2020,  it was reported that 20 Nigerians doctors had lost their lives after being infected with coronavirus. Dr Enema Amodu, the Nigerian Medical Association Chairman,  Federal Capital Territory Chapter, who made the fact known at a news conference, also said many doctors lacked  access to PPEs before attending to patients.

A recent report by medical experts at  Dalhatu Araf Specialist Hospital, Lafia,  the Nasarawa State capital,  North Central Nigeria, revealed that between 15 and 30 doctors in the state had tested positive to COVID-19.

The President of the Association of Resident Doctors in the hospital, Dr Moses Joshua,  made the fact known during the association’s emergency meeting.

Joshua said the meeting became necessary to enable members to express their  opinions with a view to proffering solutions to the current situation where about 30 doctors had tested positive to COVID-19  and few others were awaiting their results.

“It is very important that we look inward and see how we can break the chain of transmission of the virus,” he said.

Joshua noted that the second wave, from experiences so far, seemed to be severe and deadlier than the first phase  and suggested that a more drastic approach be taken to bring the situation under control.

The Chief Medical Director of the hospital, Dr Ikrama Hassan, put the figure of doctors who tested positive to the virus at the facility at 15.

Hassan  appealed to the Association of Resident Doctors to have a dialogue with the management of the hospital with regard to their position to close down the facility in the midst of the second wave of the pandemic.

Hasssan said when the first wave of the pandemic occurred, the institution was  able to handle the situation.

“By our experience in the first one we were able to block most of these challenges. We had adequate personal and adequate face masks for all our staff and we must make provision for all our workers,” he said.

He called on all stakeholders, including the doctors, to support the management and work hard to prevent the spread of the disease.

Hassan said that it was the duty of the management to take care of doctors, patients and other health workers in the hospital.

HumAngle learnt that the doctors had called for a scaledown in services in all departments of the hospital due to the rise of infection among health workers with the virus.

In the midst of medical crises, understanding how teams can improve patient service outcomes with scarce resources  is paramount.

Psychologists have amassed a large body of researches over a decade and characterised types of stressors work teams face in crises as well as their effects on team processes and performance. Studies also highlight  behavioural interventions that can be implemented to mitigate stress and help teams recover.

For many years, researchers have studied team stress across a number of contexts.

According to the Centre for Disease Control and Prevention  of the World Health Organisation, stressors experienced by healthcare teams facing the COVID-19 pandemic are unprecedented in many ways.

It stated that documented cases of the disease were in the millions with hospitalisation and mortality rates higher than seen during a typical influenza season, while resources to protect workers were scarce.

Research shows that although the specific nature and extent of these stressors are unprecedented, psychologists studying teams in extreme environments have provided a number of insights, with the most relevant in the current context as stressor intrinsic to a job which has to do with workload, time and pressure.

The WHO says that team unfamiliarity, role and ambiguity and the stressor at work-home interface – meaning work/family conflict – which can be seen as salient for health care teams in the COVID-19 context.

For healthcare teams at the  frontlines of the pandemic, staffing issues are a prominent stressor intrinsic to workers’  jobs generating increased workload and pressure, it said.

Alhough many hospitals were facing staffing issues prior to the pandemic,  an increased number of patients and absences due to healthcare workers falling ill have increased the stress related demands impacting teams, experts say.

There is,  therefore, no doubt that teams that are short-staffed or tasked with increased caseloads are likely to experience higher workload and time pressure, and working longer hours may impact team members at individual levels, they say.

Experts further say that relatedly, shifts in staffing may generate stressors due to increased role ambiguity or team unfamiliarity, both of which can undermine team performance.

They say although role ambiguity is often conceptualised as a team-level source of stress, if a team member assigned to a new unit or expected to communicate with patient’s family members experiences stress at the individual level, they attempt to identify and adapt to their new roles.

They add that sources of situational ambiguity such as  the uncertainty surrounding COVID-19 symptoms and treatment may also contribute to role ambiguity as teams struggle to determine who is best equipped to treat the patient.

Other research findings also reveal that teams may be impacted by stressors at the work-home interface.

Team members may experience increased home demands, stemming from feelings of concern about the health well-being of family and friends or needing to find child care while they are at work or they may experience social isolation as they avoid transmitting the virus to their families, experts further say. 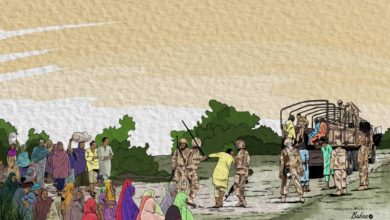 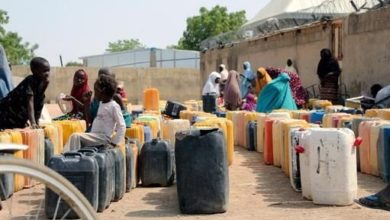 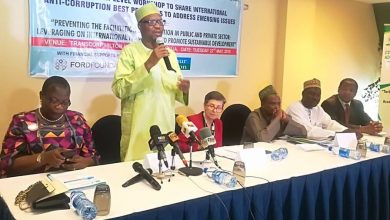 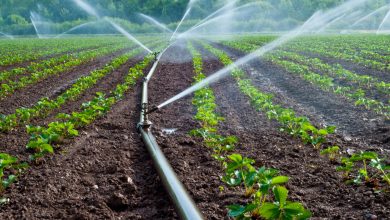