CSP Haruna Mohammed, the Police Public Relations Officer, Anambra State Command,  said dangerous weapons, including different grades of weapons, such as ammunition, axes and machetes were recovered from the suspects.

Mohammed said the police also recovered valuables, including cars, tricycles, motorcycles, mobile telephones, handbags and other exhibits from the suspects.

He said two suspects, Ahamefuna Onyema, 41, and Destiny Anyaku, 38, were arrested at a hideout in Amawbia in Awka South Local  Government Area in relation to cult activities.

Mohammed said they voluntarily confessed to being members of Vikings Confraternity a secret cult.

He said exhibits recovered from the suspects included a locally made double barrel pistol and one live cartridge concealed inside a bag hung on the neck by one of them.

He said police response to a distress call on Ideani/Alor road in Idemili South Local Government Area made some suspects escape into a nearby forest leaving behind an unregistered Kymstone Motorcycle and a locally made single barrel gun which were recovered as exhibits.

Items recovered from them were one fabricated rifle, one 7.65mm live ammunition, four shoulder bags, two handsets and one tricycle which they used to operate, Mohammed said.

Other items recovered from the suspects were one double-barrel pump action gun and three empty magazines of AK-47 rifles, he said.

Chukwuemeka Nwokolo, popularly known as Small, ‘m’, aged 25, was arrested on Jan. 22 in Obosi and he confessed to being a member of Appache 2-2 Secret Cult Confraternity, Mohammed said.

He said one locally-made revolver pistol and six live ammunition were found in his apartment.

Mohammed added that two suspects, Anthony Okeke, 29, and Chijioke Eljiaja, 23, who was recently released from detention were rearrested on Jan.22 for alleged involvement in a robbery in Umueri in Anambra East Local Government Area.

“Suspects are habitual offenders allegedly terrorising the community shortly after their release from a correctional centre two months ago.

“Exhibits recovered in their possession include one locally made revolver pistol and six cartridges, Mohammed said, adding that they would be charged to court as soon as investigation into their matter was concluded.

“Also, one Chukwuebuka Oguejiofor, 21, Joel Dickson, 20, and Uchenna Uzoechi, 19, who allegedly attacked, robbed and injured a middle-aged man at Nkpor and attacked five other persons were arrested.

“Exhibits recovered in their possessions includes two cutlasses, five handsets and one yellow tricycle with REG NO.WER 961 WJ used in perpetrating the act,” he said

Mohammed also said that during a stop and search operation around Nodu in Awka South Local Government Area, a tricycle operator identified as Uchenna, 24, was arrested on Tuesday for allegedly being in illegal possession of one locally-made pistol loaded with live cartridges.

He said the cases were still being investigated and that the suspects would be diligently prosecuted if found culpable.

Mohammed promised that the police command would do its best to ensure Anambra was safe.

In spite of the efforts by the police, some people in the commercial town of Onitsha still live in fear because of insecurity, HumAngle reports.

HumAngle learnt that people in the town are often robbed in broad daylight unhindered and most times in the presence of security agents, who seemed overwhelmed and helpless.

Daniel Asimugha narrated how he was accosted at Upper Iweka area of Onitsha on his way to a burial ceremony in Imo State.

Asimugha said the two miscreants sandwiched him and quietly asked him to submit his phones and money while people passed by without offering him help.

“I was coming from Agbor (Delta State) and when we got to Onitsha we disembarked but before I crossed the expressway to catch the next vehicle, the boys blocked me and asked me to give them everything on me.

“I had two phones and N15, 000 cash. They  stepped on my ties so I could not move but when I saw that every other person was passing, I summoned  courage,  shouted, broke loose and they did not pursue me,” he said.

A woman, Gloria Eze, who lives in Onitsha, said criminals operating in a shuttle bus robbed her of her valuables when she joined as a commuter not knowing they were  “One-Chance” robbers.

Eze said she was surprised she fell victim to the robbers in spite of the fact that she had lived in Onitsha for a long time.

She said that the experience was a common occurrence in the town, adding that it was risky to move around Onitsha carrying non-transparent bags, make calls in open places and expose a flashy phone because the person would likely lose it to thieves.

“They operate in traffic hold-ups, they snatch phones, jewellery. They are in groups and when anyone is caught, others jump out to provide cove for him,”  she said.

A security man who wished to be identified as Ejimkonye said the prevalence of crime in Onitsha and other towns such as  Nkpor, Obosi and Awka was as a result of the high rate of cultism among the people.

Ejimkoye said criminals got guns from their cult groups for the purpose of attacking their rivals during clashes but they used them for crime when necessary.

He said the ban on commercial motorcycle operations in the Awka had helped in curbing crime in the state but noted that the motorcyclists were gradually returning to the streets. 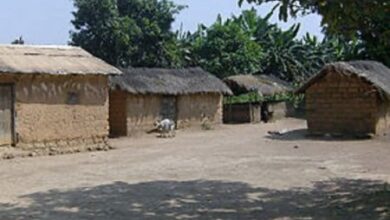 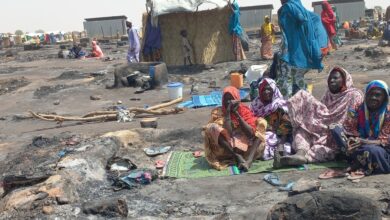 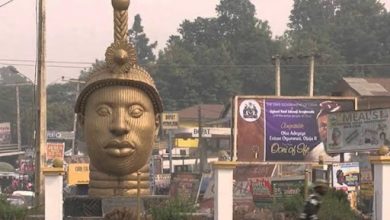 Ife-Modakeke: Inside The ‘Unending’ Inter-Communal Crisis In Southwest Nigeria 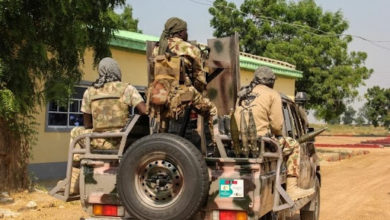