The Central African Republic national army, FACA and its Rwandan and Russian allies Tuesday, May 4, 2021, recaptured Mobaye, the main town of the Basse-Kotto district in the southeast of the country.

The town had hitherto been occupied by rebels of the Unite pour la paix en Centrafrique (UPC) for the last eight years.

“The town was recaptured from the UPC rebels without a real fight as the UPC rebels had abandoned the town when they got news of the arrival of the FACA combatants and their Russian allies,” an official in the Mayor’s office told HumAngle Wednesday morning.

Security sources said the rebels left in dispersed ranks as some headed to the west, while others ran towards the north riding on several motorbikes and one pick-up vehicle.

Life is yet to return to Mobaye as businesses have not yet started opening and the townspeople who fled into the bushes prefer to remain in the bushes, for now, sources say.

In March, after several days of panic when rumours circulated of the arrival of government forces, UPC rebels started demanding that inhabitants of the town pay them a “departure tax” before they leave the town.

After several days of negotiations, the community paid the rebels 250,000 FCFA but the UPC rebels failed to leave the town until they were forced to flee on news of the arrival of FACA soldiers and their Rwandan and Russian mercenary allies Tuesday. 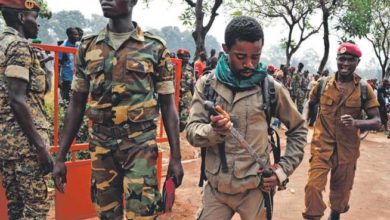 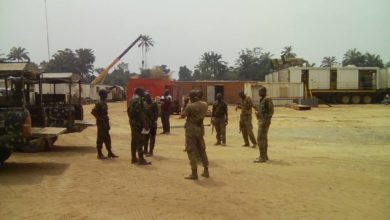 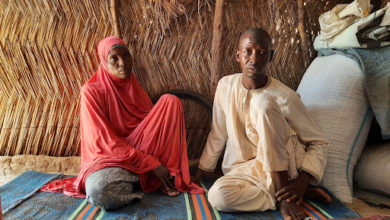