Nearly two years of setting up a committee to —as part of other functions— find ways to prevent fire incidents at the Internally Displaced Persons (IDPs) camps in Borno State, Northeast Nigeria, fire has continued to ravage camps with no solution in sight.

President Muhammadu Buhari had through the Ministry of Humanitarian Affairs, Disasters and Social Development, given a directive for the committee to be set up to find sustainable solutions to the recurrent disasters.

The directive followed an inferno at an IDP camp in Ngala Local Government Area (LGA) of Borno State in April 2020.

While inaugurating the committee, the humanitarian minister, Sadiya Umar Farouq, was quoted as saying that members of the committee had seven days to carry out their assignment and submit the report.

Specifically, the committee, according to a press statement by Salisu Danbatta, Special Adviser on Media to the Minister, had six terms of reference which include to: “ascertain the cause of the fire outbreak; ascertain the number of lives lost; ascertain the number of property lost or damaged by the fire; ascertain other factors that directly or indirectly contributed to the fire outbreak or to the extent of the fire; work out modalities for relief that will be provided to the victims, and propose measures to prevent future recurrence.”

Between 2021 and 2022, about 11 fire incidents have been recorded in IDP camps in Borno State alone.

About 8,220 IDP camps were affected by the incidents, according to media reports.

Earlier in January, after a fire outbreak at an IDP camp in Jere LGA Borno, Yabawa Kolo, Director General (DG), Borno State Emergency Management Agency (SEMA) and Aji Kolo Ibrahim Khadi, the state lawmaker representing Jere LGA, had visited the IDP camp on a condolence visit and during the visit, the SEMA DG had told HumAngle that her agency was “beginning to look for alternative means of shelter for the people in IDP camps” as the current tents are highly flammable.

“We are looking at acquiring material that is fire-repellent so that it can be made the standard items to be used in erecting shanties in camp,” the SEMA DG said.

Yabawa Kolo, Director-General of Borno State Emergency Management Agency (SEMA) who was also a member of the committee set up by the humanitarian minister in 2020, said IDPs in the camps suffered “losses of food and non-food items as well as animals that were lost in the fire.”

Kolo admitted that the spate of recurring fire outbreaks in IDP camps is worrisome but when HumAngle inquired about the findings of the 2020 committee from Kolo, she said that the report was in the custody of the ministry that was responsible for creating the committee in 2020.

HumAngle tried to reach out to the ministry through the three phone numbers provided on its official website but all three were not functional. An email sent has also not been replied to apart from an automated email acknowledging receipt of the mail.

Speaking on the possible causes of the incessant fire incidents, “They cook inside the tents. That is the problem we have,” Kolo told  HumAngle over the phone.

“There are no demarcations between the households and the tents are densely populated. This, and the change in the wind direction because of the harmattan season are some of the causes of the fires.”

When asked what the emergency management agency in Borno was doing to see that more IDPs are not rendered homeless by fire outbreaks, the SEMA DG said that her agency was working towards a collaboration with another agency.

“SEMA is now working with the Institute of Disaster Management and Safety Sciences in addition with one consultancy firm (name withheld) to see how we can establish a strong safety system,” she told HumAngle. 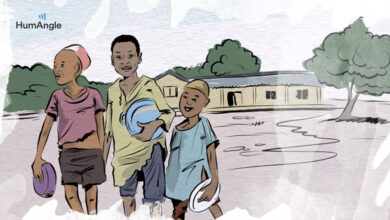 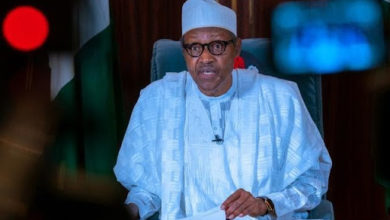 Nigerian President Refuses To Say When He Will Lift #TwitterBan 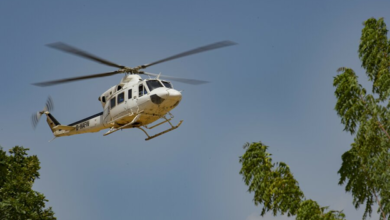 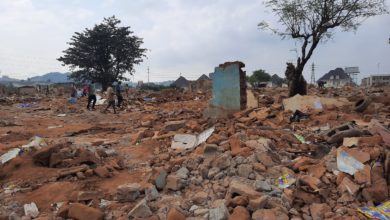