It was from 1990 — as Richard Reid notes in his book, History of Modern Africa — that the African continent began to witness a massive, unprecedented influx of firearms. This trend was initially driven by the end of the Cold War when Africa became a market for the surplus manufacture of arms, especially from the former Eastern bloc countries.

Subsequently, a huge number of arms were lost to arm brokers, ethnic militias, fundamentalists, and other criminals/terrorists, who used them to fuel latent animosities while triggering fresh conflicts.

The trend shows no sign of slowing, for there has been a consequent increase in both licensed and unlicensed imports of arms by state and non-state actors, respectively. There has also been an increase in the theft of arms from state stockpiles and in the often unlawful local arms production.

It is the fatal results of the dangerous combination of firearms and conflicts in Africa that inspired the book from Usman A. Tar and Charles P. Onwurah, Nigeria-based scholars from the Nigerian Defence Academy, Kaduna.

The central thesis of the book is that the proliferation and misuse of small arms — confronting states and law enforcement agents, attacking rural communities and urban fringes, inducing fears in society and creating ungoverned spaces — poses one of the greatest threats to the development and survival of Africa. While this thesis is hardly revolutionary, it is presented in a holistic pattern.

Tar and Onwurah edited a rare collection of 46 chapters dedicated to specific variables such as political economy, state fragility, transborder crime/security, resource-based conflicts, insurgency, civil wars, complex emergencies, poverty and states’ institutions, as they either contribute to or suffer from the dangerous mix of arms proliferation and conflicts. The outcome is an unusually comprehensive 1062-page handbook.

Weighing the perils of pistols, rifles, explosives and other assorted light weapons, for example, the chapter on civil wars and complex emergencies posits that from the Rwandan genocide, which destabilised the Great Lakes region in the 1990s, to the Boko Haram insurgency, which turned the Lake Chad basin into a landscape of violence in 2010s, 60 to 90 per cent of the millions of unnatural deaths in Africa were caused by small arms.

What is more, the book is solution driven. The contributors to the volume, including academics, development practitioners, defence and security professionals and civil society activists, share a common vision of “generating a fresh body of analyses that will add value to the existing conversation on conflict management and peacebuilding in Africa,” writes Tar.

In Part III of the book titled Institutional framework and dynamics, different chapters demonstrate the role of the military, the police, legislation, customs and even the traditional institutions in ensuring arms regulation, arms control and disarmament.

As brilliantly explained by M.S. Lawal and B.J. Audu in chapter 25, the traditional institutions, commonly seen as docile, archaic institutions, were instrumental not only in identifying the militant groups in their domain, but also in persuading them to surrender “287,445 rounds of ammunition, 3155 magazines, 1090 dynamite caps, 763 explosives and 18 gunboats”, during the Amnesty programme of the former President of Nigeria, Umaru Musa Yar’adua, in the Niger Delta region in 2008.

An obvious criticism is that the depth of the analyses in the book hardly matches its breadth. Built mainly on secondary literature, at the expense of ethnographic and experiential data, most of the chapters raise as many questions as they actually answer. This is, however, convincingly a necessary evil, treating such vast topics.

Owing to their affordability, portability and technical plainness, small arms have been the leading agents of mass destruction in Africa’s conflict ridden areas. The Handbook of Small Arms and Conflicts in Africa is, therefore, really a handbook. It would be an excellent guidebook for policy makers, intelligence officers, security agents, journalists and scholars, concerned with conflict management across the continent. 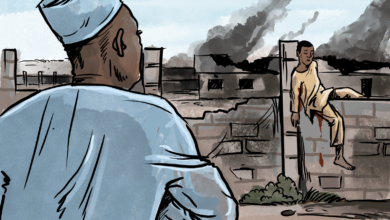 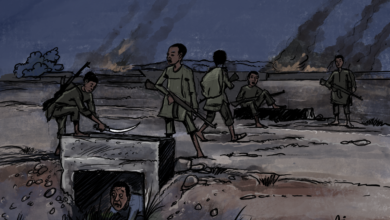