Amnesty International (AI) has called on the International Criminal Court (ICC) to immediately open a full investigation into the atrocities committed by terrorists and the Nigerian military, and ensure those responsible are held accountable, including for crimes against women and girls in Northeast Nigeria.

The organisation made the call on Wednesday as part of a report that focused on the war crimes, especially rape, carried out against women and girls in Borno State, Northeast Nigeria by Boko Haram insurgents.

The conflict, which is over a decade, has left over two million displaced leading to an overwhelming humanitarian crisis in the region. More attacks are still being carried out regularly, leaving more people destitute.

Earlier in Dec. 2018, AI published a report ‘Willingly Unable: ICC Preliminary Examination And Nigeria’s Failure To Address Impunity For International Crimes’ which critically assessed the ICC-OTP’s preliminary examination in Nigeria, and the ability and willingness of the government of Nigeria to ensure accountability for crimes committed by Boko Haram and Nigerian security forces.

According to AI’s analysis, Nigerian authorities have deliberately failed to investigate or prosecute crimes committed by both sides of the conflict. Based on this research and analysis, Amnesty International has been calling the OTP to request the opening of an ICC investigation in Nigeria.

In Dec. 2020, ICC confirmed plans to investigate Boko Haram factions and the military in Nigeria for war crimes and crimes against humanity.

“Following a thorough process, I can announce today that the statutory criteria for opening an investigation into the situation in Nigeria have been met,” said ICC Prosecutor, Fatou Bensouda.

She explained that there was a reasonable basis to believe that Boko Haram insurgents committed war crimes and crimes against humanity such as murder; rape, sexual slavery, including forced pregnancy and forced marriage, and enslavement.

During raids, Boko Haram fighters would steal almost everything they could find. Witnesses consistently described fighters arriving on motorbikes and on feet. In several attacks, Boko Haram targeted and murdered civilians as they fled; in one attack, several older people who were unable to flee were killed inside their homes.

Fighters often went house-to-house, rounding up livestock and stealing valuables including money, mobile phones, jewellery, and clothes. Witnesses described fighters loading the looted property onto their motorbikes, or on donkeys from the village. To steal livestock, fighters often forced young men to herd the animals into the forest.

A 40-year-old man whose village was raided told Amnesty International: “Before, if you came to our house, you would see we had cows and goats. I didn’t have many, just a few, but with that I was content. Now, we have nothing… They took everything from us.”

They could hear the fighters speaking languages common among Boko Haram members; the fighters came on motorbikes, not military vehicles, and the fighters dressed in a combination of attire. Even those fighters wearing stolen Nigerian military uniforms often wore sandals or had bare feet, instead of military boots.

Many witnesses also reported that some children, aged between 15 and 17, were among the attackers, along with men in their 20s.

After repeated attacks in recent months, people in these communities fled to areas within the Nigerian military’s established perimeters. Many people settled less than a kilometre from an internally displaced persons (IDP) camp outside Maiduguri. Some tried to move into the camp but were told it was full.

Officials from the nearby IDP camp visited and took people’s names, reportedly around two months ago, but no one had returned since, according to everyone displaced to that location who were interviewed by AI.

Months after settling near the IDP camp, the communities have still not received any assistance, including food, shelter, or healthcare. In early March, a young child died, and her family told Amnesty International she was malnourished and that they believed that factor contributed to her death. Everyone displaced near the camp described widespread hunger.

One woman told AI, “We need food assistance. All around us are malnourished children. Some of the women go to the camp, [but they’re] told to go away. Some are begging. Some [of us] are selling our things.”

AI Nigeria Director, Ojigho noted that this is a humanitarian crisis that is getting worse day-by-day. “The Nigerian authorities and partners must act now to support those most in need, and ensure this horrendous situation doesn’t continue to deteriorate.” 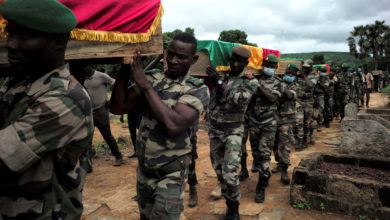 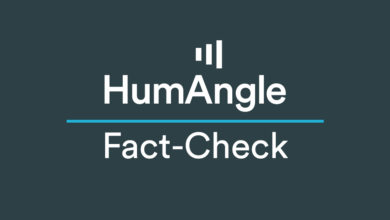 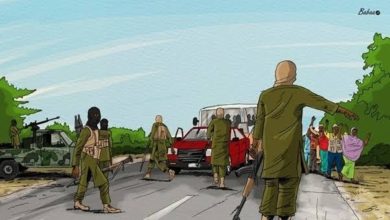 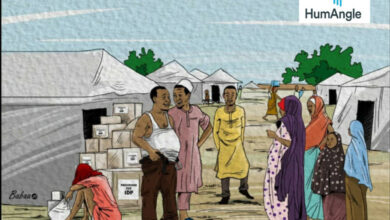