On Saturday, June 5, John Monogbe left his house for work. Around 6:22 a.m. WAT the next day, he called his wife, Imisi. “Start preparing for church,” he told her. She was surprised. Her eyes were barely open when his call came in, and she could hear the rain pouring heavily.

But John’s mind was made up. So he gave his wife two options: She should be prepared for church when he returned or risk being left behind and locked indoors for the rest of the day. She picked the former.

When he finally got home, he dressed up hurriedly and ate a few spoons from the breakfast his wife had cooked. “He said he’d eat the remaining when we got back from service,” Imisi recalled. He never returned from church that day. He was killed during service.

As early as 9 a.m., worshippers began to arrive at St. Francis Catholic Church, Owo, in Nigeria’s southwestern Ondo State. Dressed in their best attire, they settled for the day’s service. For over three hours, the service went as planned. It was a perfect mass and a normal Sunday – until it wasn’t.

The choir was singing the closing hymns, and the Priest was preparing to exit the church, the final part of what would have been just another Sunday service.

Then there was a gunshot, and then another.

Less than 30 minutes later, blood was dripping from the altar, and the lifeless bodies of scores of worshippers filled the ground – The church’s holiness had been desecrated, and the day had moved from a Pentecost Sunday to a dark one.

Two days later, the state government confirmed the death of 22 worshippers. After 24 hours, the official death toll increased to 40. On June 9, the Federal Government claimed the attack was orchestrated by Islamic State West Africa Province members, an ISIL-affiliated terror group.

This allegation implies that the terror group could be expanding its network into Nigeria’s southern states after claiming responsibility for attacks in the north-central state of Kogi.

Experts have, however, continued to question the claim, especially as the group, prominent for taking credit in record time, is yet to speak on the attack. The state governor, Rotimi Akeredolu, also described the Federal Government’s conclusion as hasty.

Meanwhile, on Thursday, June 23, the Ondo State Security Network Agency, one of the branches under the regional security network codenamed Amotekun, announced the arrest of people suspected to be behind the attack.

Imisi was seated in the living room of her late husband’s home. Her five children – Timilehin, 12; Samuel, 10; Madewa, 7; Grace, 4; and Favour, 1 – watched as she recounted the details of the day she became a widow. Five other relatives were present. While some wiped off tears dripping from their face at several intervals, the huffs and puffs of others were audible.

The late John, 35, joined the Nigerian Police Force in 2008. He was looking forward to getting promoted to the rank of an Inspector, his wife recalls. Her voice, now breaking, had become almost inaudible. “Sergeant! Sergeant!” their first child, Timilehin, cried from behind the sofa he was hiding – his dad was a police sergeant.

John’s fondness for the St. Francis church became apparent after further interviews with his relatives. A Catholic by birth, he had both his baptism and confirmation at the church in his early years. On Nov. 7, 2013, he tied the knot with his wife on the church’s altar, the same place he was found dead by his wife after the attack.

“He was a kind man,” Alaba Eniola, a close friend and former neighbour, said.

His kindness was underscored by the role he played in the lives of people around him. When he was not picking up someone’s bills, he was providing for another person’s next meal.  His death alone is enough to leave everyone distraught, including Imisi, a full housewife; his five children, who are still basic and junior secondary school students; and extended family members, who rely on him for survival every now and then.

The family was not mourning his death alone; they lost two others. His younger sister, Omolola Monogbe, and niece, John Testimony, were also killed during the attack. Both born in September, Omolola would have turned 18 and Testimony, 11, later this year.

Testimony’s mum, John Aderonke, was also in the church when the attack happened. When bullets began to rain on worshippers, she pushed two of her brother’s children – Grace and Favour – to the floor and shielded them with her body. She was ready to protect them at all costs. She succeeded, but her daughter was not as lucky as her cousins.

After the attack, scores of residents trooped into the church. Acting as first responders, they picked up those injured and rushed them to various hospitals. Testimony was one of those rushed to a nearby medical centre. When relatives found her later in the day, she was dead.

Aside from their birth month, Omolola and Testimony had another thing in common – they were both in the final year of their levels of education. While Omolola, an SS3 student, was preparing to participate in the National Examination Council (NECO) tests later this year, Testimony, a primary six student, was awaiting her examination date for the Common Entrance Examination in Ondo State.

“They make me happy all the time,” a visibly broken Aderonke told HumAngle. “Now they are both gone.”

When Ndege Gift woke up that Sunday morning, she cooked rice and dressed up for church. “Wait till I come back so that we can eat together,” she told her husband, Vincent, who recounted the day’s events to HumAngle.

He was seated in the backyard of their apartment, awaiting her arrival, when a neighbour rushed in. “Dem don bomb St. Francis,” the neighbour told him in pidgin English. On getting to the church, he found her lifeless body in a pool of blood. It dawned on him that she would never return to eat with him.

But that day’s brunch is not the only uncompleted engagement Gift left behind. She and her husband were preparing for their white wedding. It was scheduled to be held at the church in July. “We held our traditional marriage on Oct. 10,” a distressed Victor said.

“We were still deliberating on the precise day we would hold the white wedding but we already fixed July,” he added as tears, which he had struggled to hold back for minutes, began to roll down his face. His hands, trembling, began to move involuntarily.

Before her death, the late Gift was a trader at a market a stone’s throw away from their home. She specialised in the sales of kitchen utensils.

Even though they just had their traditional wedding last year, they had been living together for 15 years and are blessed with four children aged seven to 14 years.

Segun Ajanaku, dressed in a black top and trousers, stood in front of his parents’ home. He watched as three men dug deeper into the ground. “We need to dig deeper,” one of the men said in Yoruba. They were digging a final resting place for Segun’s parents, John and Susanah Ajanaku.

On the day of the attack, Segun believed there were enough obstacles to prevent them from going to church but their faith was too strong for these to deter them. “It was raining, and their car’s battery suddenly stopped working. Despite that they defied all those obstacles to attend service,” he recalled.

Susanah, also in her sixties, retired from the state civil service in 2018. She held various positions in the church at various times in the past and was described by many as a caring woman.

Her caring attitude is echoed by the fact that just last month, at an event organised by the church’s women’s organisation, the wife of the state governor presented her an award with the title ‘Iya Rere’ – which loosely translates to ‘Good Mother’ – for the motherly role she plays in the lives of many.

Segun, the eldest of their three children, described his dad as a people person who was generous to a fault and his mum as a caring woman who put others first.

“They both tended towards greatness.” 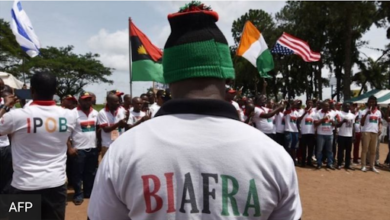 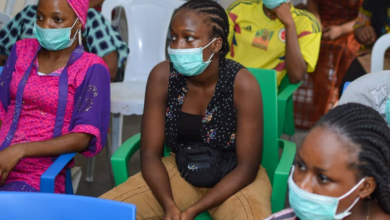 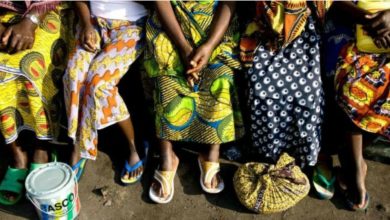 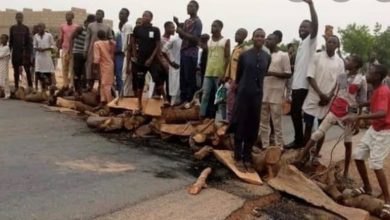