The instability and activities of local and foreign mercenaries in Libya, after the killing of Muammar Gaddafi in a NATO-backed 2011 revolution, oiled the wheels of the new security risks in Lake Chad Basin.

This is visible in the political and security situation in the Republic of Chad and the unfolding structural changes in the Islamic State West Africa Province (ISWAP).

The arrival of visitors from Libya played a significant role in changing the internal dynamics and shaping the current trajectory of ISWAP, one of the most potent Islamic State (ISIS) affiliates and terror groups in Sub-Saharan Africa.

HumAngle understands that the foreign fighters from Libya were instrumental in paving the way for a series of events that swept through ISWAP and led to Abu Musab Al-Barnawi (Habib Yusuf) emerging as the interim leader tasked with restructuring the group.

In a report on the implications of the death of Abubakar Shekau, the late leader of Boko Haram, HumAngle revealed the presence of dozens of foreign and returning diaspora fighters to ISWAP in northern Borno, notably in the Lake Chad islands, but noted that their role in the offensive against Boko Haram was greatly exaggerated.

In a documentary titled Al Jazeera shifting sands: Sirte, a Libyan Official, Al Saddiq Al Soor disclosed the engagement of foreign fighters including Nigerians and Boko Haram in the terror group. The documentary spotlighted military and counter-terrorism actions against ISIS.

In Chad, an onslaught of Libyan based mercenaries led to the death of Idris Deby Itno and the establishment of a transitional military council.

The presence of foreign combatants and their departure from Libya with combat skills and military equipment threaten countries in the Sahel and Lake Chad.

An incursion into Chad in April by heavily armed fighters of the Front for Change and Concord in Chad (FACT) rebel group with a rear base in Libya climaxed with the death of the country’s leader Idriss Deby Itno.

The veteran leader was succeeded by his son Mahamat Idriss Deby Itno, who heads the transitional military council expected to restore democracy in Chad within 18 months.

The Chadian junta’s deputy foreign minister, Oumar Ibn Daoud, in May warned the United Nation Security Council that mercenaries and foreign fighters from Libya are crossing into the Sahel, threatening to undermine war on terrorism.

Daoud described the incursion of mercenaries from Libya that led to the death of the country’s leader as a perfect illustration of what could happen throughout the Sahel if the international community doesn’t take appropriate measures.

In the course of her statement at the security council briefing on Libya, U.S. Rep. to the United Nations, Ambassador Linda Thomas-Greenfield, said the U.S. fully supports the terms of the ceasefire agreed by the parties in Libya.

“To that end, all external actors involved in the conflict must cease their military interference and begin to withdraw from Libya immediately. There is no room for interpretation here. All means all,” the Ambassador stated.

In Libya, the dismantling of militias and deporting of foreign fighters and mercenaries have become an integral part of the conversion about stability in the war-torn country.

The country’s warring sides signed an agreement for “a permanent ceasefire in all areas of Libya” in Oct. 2020; the accord followed talks between the UN-recognised Government of National Accord (GNA) and renegade commander Khalifa Haftar’s eastern-based Libyan National Army (LNA).

The UN-recognised government in the capital, Tripoli, and rival government based in the east, are backed by different armed groups, mercenaries and foreign governments.

The ceasefire agreement requires all military units and armed groups to withdraw from the frontlines while mercenaries and foreign fighters must leave Libyan territory.

“There are now 20,000 foreign forces and/or mercenaries in your country. That is a shocking violation of Libyan sovereignty,” diplomat Stephanie Williams told a virtual meeting of a political dialogue forum.

In a Jan. report to the Security Council, U.N. Secretary-General, Antonio Guterres, encouraged countries backing both sides and the broader international community to support the implementation of the ceasefire “without delay,” including “ensuring the departure of all foreign fighters and mercenaries from Libya.”

Guterres welcomed the roadmap adopted by the Libyan Political Dialogue Forum,  working on getting Libya’s warring sides to agree on a mechanism that would establish a transitional administration to lead the country through presidential and parliamentary elections on Dec. 24, 2021.

On his part, the UN envoy for Libya, Jan Kubis, told the Security Council that progress on the withdrawal of foreign mercenaries had stalled, noting that the continued presence of foreign fighters and armed groups “is a significant threat not just to Libya security, but to the region as a whole.”

Libya and Lake Chad need International support to prevent and disrupt the movement of combatants and dangerous weapons.

There is a need for the authorities in Libya and international partners to set mechanisms to reduce or prevent the country from being a force multiplier for threats in the Sahel and Lake Chad.

The UN envoy for Libya, who doubles as the head of the UN support mission in the country, was quoted saying it is critical to plan and ensure an orderly departure of foreign fighters, mercenaries, and armed groups together with their disarmament, demobilisation and reintegration in the countries of origin.

Nigerian President, Muhammadu Buhari, in May, stressed the need for a stable Libya when he hosted Chairman of the Presidential Council of Libya, Mohammed Younis Menfi, in Abuja.

Buhari stated that “Republics of Chad and Niger have extensive borders with Libya, and they are our immediate neighbours. Whatever affects them affects us. The stability or instability of Libya will directly affect us.”

External support for ISWAP, especially from Libya, has been reported previously by the Brussels based  International Crisis Group in a report “The Islamic State Franchises in Africa: Lessons from Lake Chad,” stating that ISIS sent trainers in-person to Nigeria.

“Soon after Shekau’s oath, a team of six to eight “Arabs” led by Abu Obeidah, reportedly an experienced Libyan jihadist, arrived in the Sambisa forest. The trainers spent several months there.”

The report details the role the foreign support played in refining the group’s battlefield tactics,  internal security and media.

Although it’s vital to respond to these security risks by the movement of groups, individual’s and weapons from Libya, the countries in the region need to address pre-existing security and socio-economic conditions that form the backbone of the fragility and insecurity in the area. 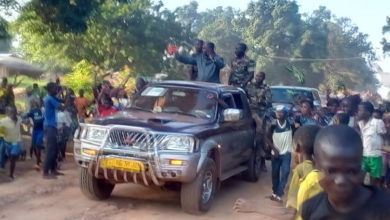 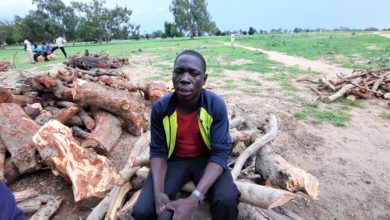 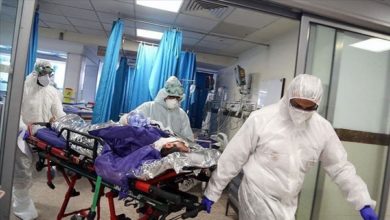 #COVID19: Over 100,000 Vaccines To Be Destroyed As Congo Citizens Avoid Vaccination 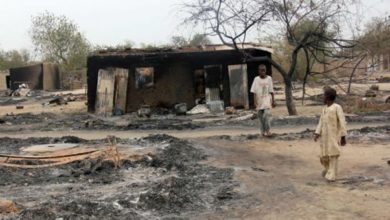