The relatives of AK9 train passengers abducted by terrorists say the management of the Nigeria Railway Corporation (NRC) has not been communicating with them as claimed by Fidet Okhiria, Managing Director of the corporation.

The traumatised relatives also stressed that the attempt to resume train service by NRC despite their loved ones being with the terrorists will not become a reality.

On March 28, 2022, an Abuja-Kaduna bound train was attacked by terrorists who killed several persons and kidnapped over 60 who remain in captivity till date.

In a May 17, interview on Arise News, Okhiria said that NRC was talking to the relatives of the abductees.

But in a reaction, Dr Abdulfatai Jimoh Muhammad, the chairman, relatives of AK9 train passengers, countered the claim, noting that they had reached out once to the NRC without any positive response.

Muhammad in Kaduna, on Thursday, May 19, speaking for relatives of the kidnap victims, pointed out that “amid this depressing situation, NRC announced its planned resumption of train service from Monday, May 23, 2022.”

Nigerians have expressed their displeasure to this highly insensitive decision by NRC, being that “61 Nigerians are languishing in a forest in the hands of abductors. Moreover, can the NRC guarantee the safety of prospective passengers?” Muhammad asked.

“It has been two weeks since Mr President directed the management of NRC to set up a situational room and give a minute by minute account of rescue efforts to relatives of kidnapped passengers.”

“This task as simple as it is to accomplish has not been attended to by NRC. We have been kept in the dark to continue agonising and indeed some family members are now on the verge of a mental stability challenge. One can only imagine the physical, mental and emotional status of our relatives in captivity.”

Muhammad also  stated that the group consists of proud Nigerians, as well as relatives of the victims with clear identities. He challenged Okhiria to name 10 of the relatives he had been dealing with out of the over 1000 relatives of his passengers still held hostage in the forest.

Recently, the terrorists released a video showing a woman who said the captors released her because of her pregnancy. She also appealed to the government to negotiate with the kidnappers. Earlier, on April 7, Alwan Ali-Hassan, the Managing Director of the Bank of Agriculture, was also set free, due to ill health, after a week in captivity.  At the moment, there are 61 persons still being held captive.

So far, the terrorists have not made any direct contact with the relatives who continue to depend on the Nigerian government to rescue their family members. 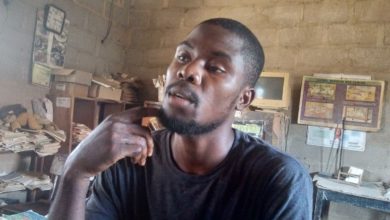 #Afaka39 Abduction (1): ‘I Touched A Corpse For The First Time In Captivity’ 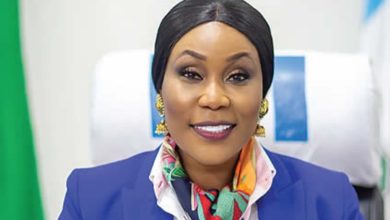 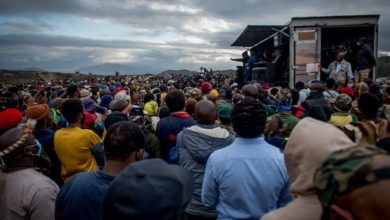