Obiano, who was represented by the Deputy, Governor, Dr Nkem Okeke, charged the panel to establish the immediate cause of the crisis which occurred on Jan. 16.

He urged the panel to establish the actual boundary between Aguleri and Umueri by inviting and interviewing the families who owned the disputed area and recommend other possible solutions that would guarantee lasting peace among the people.

The governor described the Aguleri-Umuleri crisis as one that had defied solutions in the past and urged the panel to look into some of the past reports on the matter to arrive at a solution.

The committee which members include Air Vice-Marshal Ben Chiobi, Chairman, and  Mrs Ndidi Onugbo, the Permanent Secretary, Office of the Secretary to the State Government, Secretary, has three weeks to conclude its assignment.

Other members of the panel are Mrs  Uju Nworgu, Attorney-General and Commissioner for Justice, Mr Bonaventure Enemali, Commissioner for Lands, and Mr Chike Maduekwe, Chairman, Anambra State Physical Planning Board.

Also on the committee are  Mr Chinedu Aniagboso, Chief Security Officer to the Governor,  Chief Ajoku, a retired Surveyor-General of the state,  Igwe Michael Idigo of Aguleri, and Igwe Ben Emeka of Umuleri Okebo.

The two communities have engaged in constant fights which have led to numerous deaths over many years.

On Jan. 16, the communities engaged in a fight in which some lives were allegedly lost and property destroyed.

In many parts of Igboland, which constitutes Nigeria’s Southeastregion, land disputes have often generated crises among the people because of the limited space available for use.

A source said the recent fight between Aguleri and Umueri which made the state government to impose a 10-day dusk to dawn curfew in the affected areas was related to the age-long disputed boundary between the communities.

Meanwhile, normalcy has returned to the affected communities and the curfew lifted but the police said no lives were lost but that one building, four cars and two motorcycles were burnt during the crisis.

Aguleri is the hometown of Iwene Tansi, a Nigerian-born Saint of the Catholic Church, and Obiano, the state governor.

On the other hand, Umueri is the host community for Anambra Cargo Airport,  which construction is at an advanced stage.

At the heart of the disputed area according to a source in the community are the Umungalagu and Ikenga-Umueri land which straddles the two communities.

The source said the land in question was massive and that the boundary had not been  established which made it impossible to get the right dimension and size of the area.

The source stressed that the absence of beacons or landmarks in the area had resulted in perennial disharmony between the communities for over half a century.

The source said the task before the committee was to establish the boundaries and put landmarks.

The conflict between the two communities has been recorded at different times since  1933.

During the 1995 conflict, the combatants destroyed numerous properties with many people displaced.

In 1999, the infamous Aguleri-Umueri war  started and proved to be the most fatal and destructive of all times.

It raged interrupted for three months and claimed an estimated 400 lives with many injured and property worth millions of naira destroyed.

The crisis was brought to an end through the  intervention of the Federal Government under the administration of President Olusegun Obasanjo.

Obasanjo personally visited the area in an effort to restore law and order.

According to Chief Ralph Igwa, an elder of Aguleri, the non-definite decision of the court over the boundary between the communities was responsible for the protracted crisis.

Igwa said the matter had been a subject of the court since 1933 but the failure of the court to award the disputed area to either of the parties had led to wrong interpretations on both sides.

“The court said none of the communities could claim exclusive ownership of the land; another was because of the space of time.

“Many people were in doubt as to where exactly was in contention when the community went to court in 1933, the crisis is partly because of the  court’s inability to say the exclusive owners of the land,” he said.

Onyeka Ameke, said there had been efforts in the past to resolve the conflict, including the intervention of the National Boundary Commission, even when it was an inter-communal matter but that the crisis had continued to reoccur.

Meanwhile, Chief Sunday Udealo, the Caretaker Committee Chairman of Umueri General Assembly, has expressed confidence that the current effort would be the last peace committee on the crisis.

Udealo, who is a member of the current panel, commended Obiano for the composition of the body.

He said the communities were brothers who shared everything in common and advised people to ‘let go of ancient grudges and decide to live in peace.”

Udealo said the peace that had existed in Anambra East Local Government Area must be sustained and improved upon to guarantee progress and development.

Onwuegbuke, the President General of Aguleri, said all parties were committed to lasting peace and expressed confidence in the ability of the committee to deliver on its mandate.

Chibi, the Chairman of the committee, at the inauguration, had given an assurance that the team would do its best to resolve the crisis.

He said it is the wish of the governor that the crisis between Aguleri and Umueri should come to an end.

“The committee has three weeks to complete the assignment. With the quality of men and women here in this committee, I believe that within the limit of time that has been allotted for this assignment, we will give it our best shot.

“We hope to be used as a reference point in solving so many of such conflicts whenever they arise in our state,’’ Chiobi said. 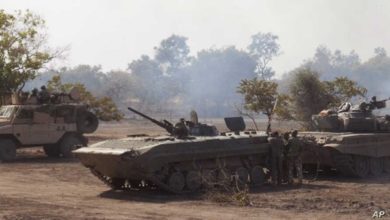 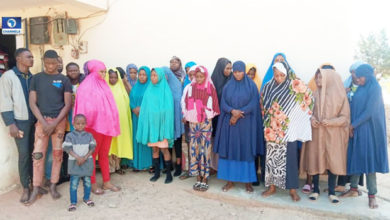 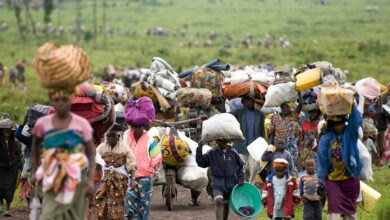 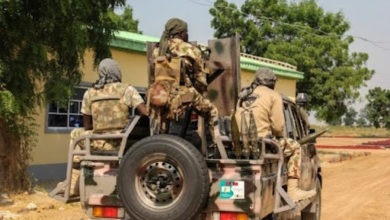