Authorities said that Allied Democratic Forces (ADF) rebels abducted at least 30 children during their two attacks on July 7, and 11, 2022, in North Kivu and Ituri provinces of the Democratic Republic of Congo.

According to the United Nations Organisation Stabilisation Mission in DR Congo (MONUSCO), the rebels killed at least 20 persons, including two children. In addition, they abducted many civilians and about 30 children.

During the raids, the rebels burnt down several houses, displacing many people, MONUSCO said.

The two attacks took place in Lume, where a health centre was reduced to ashes and in Malulu, Matete, Busiyo, Sengi, and Matonge villages.

MONUSCO has deployed rapid reaction forces to ensure immediate physical protection and support to persons in the affected zones.

In Busiyo, 72 km to the southwest of Bunia, UN Blue Helmets exchanged fire with assailants forcing them to withdraw from the village, the UN reported.

In Matonge, MONUSCO sent a rapid reaction force on the night of July 11,  where an attack against the DR Congo national army, FARDC, had taken place. ADF rebels attacked MONUSCO forces that arrived in the village.

Meanwhile, Bunagana remains in the hands of the March 23 (M23) rebels. Neither military nor diplomatic pressure has affected the insurgents who Rwanda supports, according to proof furnished by the FARDC and the Congolese authorities.

Major Abdouli Bariou Alao Salou of the military public information bureau of MONUSCO said during a press conference on Wednesday, July 13, that the “Rearticulated units of the Forceful Intervention Brigade had taken defensive positions in Kabindi, Rwanguba and Rukoro.

He explained that new posts had been created in Rumangabo to ensure the free movement of the civilian population along the national highway number two.

“Also, to ensure the protection of civilians, and despite M23 aggressions, MONUSCO forces have carried out several patrols in the region during the last month, including several long-range and night patrols.”

“Other activities carried out by MONUSCO forces in Rutshuru territory include surveillance patrols along the national highway number two, passage assistance and the protection of internally displaced persons and the provision of medical assistance to FARDC forces and civilians whenever necessary,” Major  Salou revealed

“MONUSCO forces also permanently help the DR Congo security forces through logistic support, intelligence, operational orientation, medical support and above all, training to reinforce relations with FARDC in the protection of civilians. 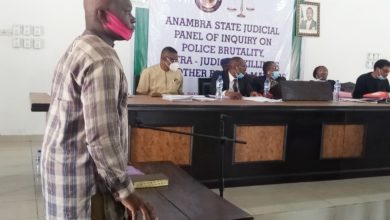 We Conducted Burial For My Brother In Absentia, Man Tells Panel 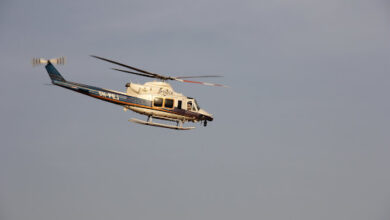