On Friday, May 22, Sierra Leonean authorities ordered a COVID-19 retest on 85 Sierra Leoneans deported from Kuwait and 67 were confirmed positive on Sunday, prompting concerns from both Freetown and Kuwait City.

HumAngle gathered that the head of Sierra Leone’s COVID-19 response, Retired Brig-Gen. Kellie Conteh, directed that two samples be collected from each deportee on arrival, and that two laboratories carry out the retesting.

HumAngle learnt that the country’s testing regime is among the best around the world.

Ambassador Haja Isatu Thomas, the country’s representative to Kuwait, in an interview, told HumAngle that each deportee was tested at the airport in Kuwait and issued a negative result certificate before leaving for home.

She said the same protocol was followed for hundreds of Ghanians and Guineans who were also deported from Kuwait.

Thomas said all the Ghanians reportedly tested negative in Accra after they were subjected to another test at home but that the Guineans were said to be quarantined in a hotel and it was still unclear whether they had been re-tested on arrival in Conakry.

The testing at the airport in Kuwait lasts 15 minutes, which one expert in Freetown said could have been rapid testing that was not as effective as the one carried out in Sierra Leone.

The 67 who tested positive were among 100 new cases recorded for Sierra Leone on Sunday, May 24, which more than doubled the previous highest daily rate recorded in the country previously.

Meanwhile, local authorities advise residents in Sierra Leone to properly use treated bed nets as the government continues its mass distribution campaign of insecticide treated bed nets in 14 out of 16 provincial districts of the country.

The free 4.5 million treated mosquito bed net campaign is to mark Mother and Child Health week, May 22 to May 31, in 14 districts across the country.

Sierra Leone is among one of the countries in Sub-Saharan Africa with the highest incidence of malaria claiming the lives of both children and adults annually, causing financial burden and underdevelopment.

Kholifa Rowalla in Tonkolili district, northern Sierra Leone, is one of many districts with high rates of malaria but some residents use the free bed nets distributed to them for other purposes.

Adama Sesay in her late 60s does backyard gardening and used the mosquito net given to her as fence for her garden against crawling creatures and insects but lost her granddaughter to malaria attack.

Kanamanka while urging residents to make use of the nets, said the best way to prevent malaria was for every household to sleep under treated bed nets and desist from using them as fishing gears, wrapping of fruits and vegetables or as fence for backyard gardens.

“Preventing malaria deaths and infections through treated bed nets is very important, especially in the early stages of combating the spread of COVID-19, which health experts claim that malaria infection rate will go up four times during the COVID-19 (pandemic). From lessons learnt, halting malaria prevention and treatment can lead to a larger numbers of preventable deaths from malaria,” Smith revealed.

Kanamanka also appealed to residents of Kholifa Rowalla chiefdom to continue observing environmental and sanitation measures in their homes and localities to prevent mosquitoes from breeding, noting that zero malaria would start with them. 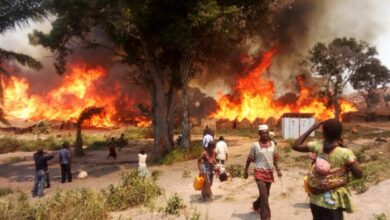 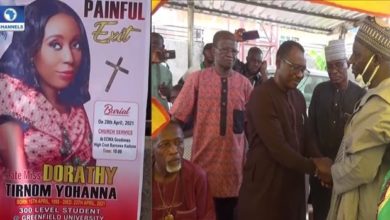 Despite Death Of 3 Abducted Students, Kaduna Government Insists On No Negotiation