Organisers of #DefendLagos, a protest that supports Lekki tollgate reopening, have suspended their planned rally on Saturday, following heightened security measures beefed up at the tollgate.

Alabi Oladimeji, head of the campaign, announced the suspension on his Facebook page early Saturday morning.

HumAngle had reported earlier this week, how some Nigerians on social media planned a demonstration, tagged #OccupyLekkitollgate, against the Lagos Judicial Panel’s decision to reopen Lekki tollgate, the scene of the Oct. 20, 2020 shooting of #ENDSARS protesters.

He alluded to the violence witnessed in the country in the aftermath of the #EndSARS protest.

Public and private properties were destroyed during the Oct. 2020 protest.

Both opposing rallies were scheduled for Saturday, stirring fear of violent confrontations from the two groups.

But calling off his group’s protest, Oladimeji said that the withdrawal was necessitated by the federal and state governments’ assurances that no rally would be allowed to hold.

On Thursday, the Nigerian government said it would not allow any protest that may result in violence ahead of planned demonstrations.

The police also warned they would confront any attempt to destabilise Lagos with full force.

But organisers of the #OccupyLekkitollgate insisted the protest would be held despite government warnings.

Reacting, Oladimeji said #DefendLagos would organise a “huge” protest if the security operatives allowed the #OccupyLekkiTollgate demonstrators to hold their planned protest.

“No protest from #DefendLagos on Saturday (today). We are simultaneously respecting the state and federal governments,” he said.

“I am proud to announce that for the meantime, we will be pending this protest due to the law of the Federal and state governments. We are law-abiding and good citizens we should not be the ones seen disobeying any law.”

“In respect of the President, Muhammadu Buhari, and Lagos Governor Babajide Sanwo-Olu. I am now announcing that anyone involved in #DefendLagos initiated by me should with immediate effect pend the protest. We are not going to hold any protest again on Saturday (today).”

“If Lagos and FG fail us, we will come out huge and protest on Monday.”

Though depressing, he said the plan to protest was never for personal benefits but to ensure that no destruction occurred in Lagos State.

“It is depressing news for me because we have invested personal resources to produce banners, posters among others on this. But this is not an avenue for us to make money like those in the OccupyLagos,” he added.

The campaigner advised that violators of government directives be arrested for going ahead with the state’s protest. 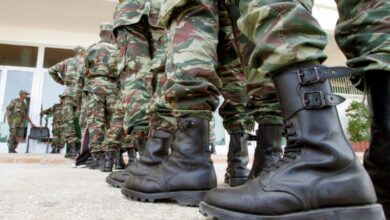 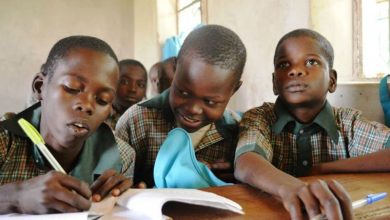 Nigeria Does Not Capture ‘Even Basic Data’ On Education, Says UNESCO 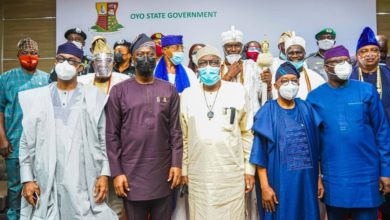